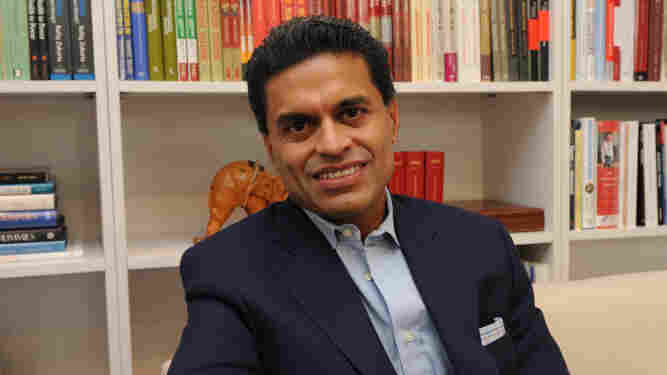 For hundreds of years, Europe and the U.S. had what Fareed Zakaria calls "the secret sauce" — a powerful combination of capitalism, the rule of law, individual rights, science, technology and education.

Today, the secret sauce has spread around the world. And it's driving rapid economic growth in scores of countries in Asia, Africa and Latin America.

On today's Planet Money, we talk to Zakaria, author of The Post-American World, about what the rise of the developing world means for the U.S.

What the rise of China means for Hollywood:

I was in Hollywood a couple weeks ago talking to movie producers, and they are resigned to the fact that China is going to be the largest movie market in the world by far, and that is going to fundamentally change the way in which American moviemakers think about themselves ... and it will fundamentally change the terms they're going to get. They're used to getting very good terms when they go to foreign countries. And the Chinese say to them, 'No, no no, if you come to China, you play by our rules, because you need us more than we need you.'

The U.S. jobs crisis, seen in a global context:

... we have recovered our pre-crisis GDP ... but with 7 million fewer workers ... a lot of those jobs have gone to China, India, Indonesia. A lot of it has gone to technology.

In that sense, the relentless rise of emerging markets ... makes it very difficult to see how somebody without an an advanced degree, somebody who does simple stuff, how that person finds a secure career path with rising standards of living. That is a huge challenge for America.

The long-term risk for the U.S.:

Think of California as a metaphor. California has the most dazzling private sector in the world, really. If you think about Silicon Valley, plus Hollywood, plus all these things that spawn from it. It's amazing. And yet when the state is collapsing, when the infrastructure is collapsing, when you build more prisons than you do college campuses ... after a while it becomes very difficult to be a viable economy.

Despite these risks, Zakaria is optimistic about the rise the developing world:

I'm fundamentally very optimistic about this .. it means hundreds of millions more people ... imagining, painting, solving the world's problems. It means more energy and attention to all kinds of issues and problems. At an aggregate level, clearly it's going to be good for the world.