Accessibility links
25 Million Americans Are Unemployed Or Can't Find Full-Time Work : Planet Money The unemployment rate rose to 9.1 percent in May. Dig a little deeper, and the picture looks even worse. Here are a few key numbers.

Today's jobs report was even worse than expected. The economy added only 54,000 jobs during May — not even enough to keep up with population growth — and the unemployment rate rose to 9.1 percent.

Dig a little deeper, and the unemployment picture looks even worse. Here are a few key numbers.

*Have looked for work in the past year, but not in the past four weeks Jess Jiang/NPR hide caption

There are 13.9 million Americans who are out of work and actively looking for a job. These are the people counted in the traditional unemployment number.

On top of that, another 8.5 million people want a full time job but can only find part-time work. 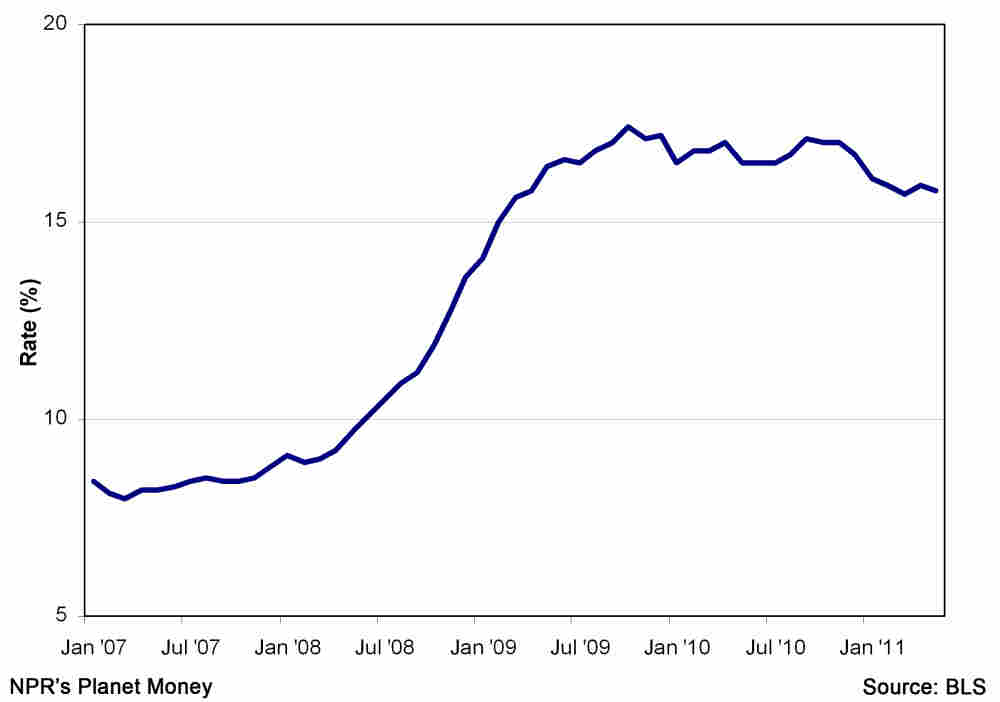