Accessibility links
The Tuesday Podcast: Poor Economics : Planet Money We talk to a pair of MIT economists who do real-world experiments. Their goal: Figure out the best ways to fight global poverty. 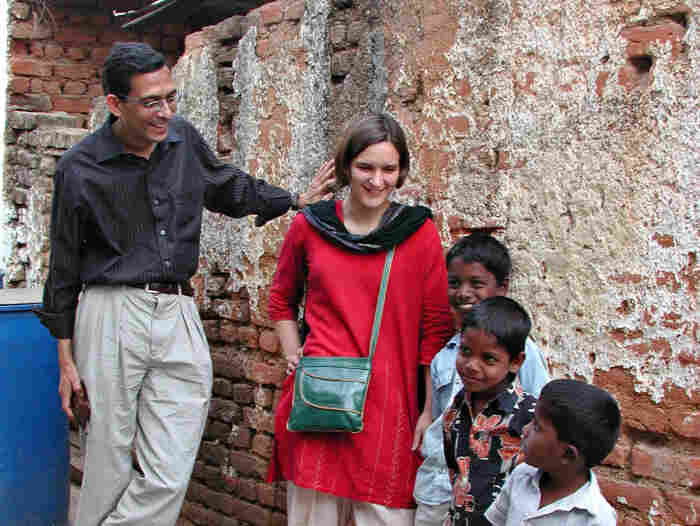 There's a lot of hand waving in economics. People make big-picture arguments and throw around equations, but often there's not much good evidence to work with.

MIT economists Abhijit Banerjee and Esther Duflo want to change that. They study global poverty, and their goal isn't so much to make big, sweeping statements as to find clear answers to specific questions.

In other words, they're economists who actually do experiments in the real world.

On today's Planet Money, we talk to Banerjee and Duflo, who are the authors of a new book called Poor Economics.