Accessibility links
Spirit Airlines Will Charge $5 To Print Your Boarding Pass : Planet Money Selling seats on planes is a lousy business. So airlines are trying out fees for everything from Wi-Fi to early check-in.

Spirit Airlines Will Charge $5 To Print Your Boarding Pass

Spirit Airlines Will Charge $5 To Print Your Boarding Pass 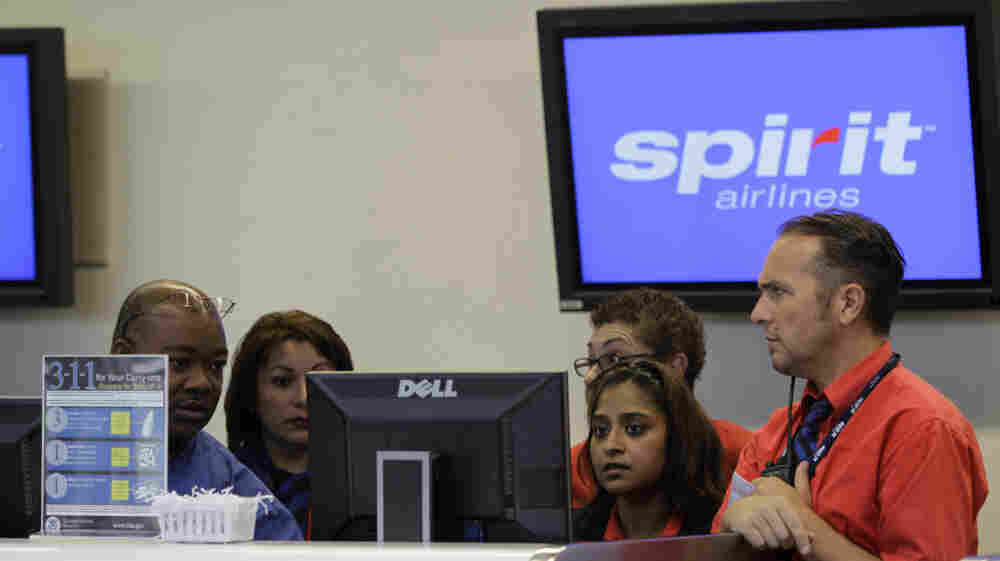 Happy to print out your boarding pass (for a small fee). Lynne Sladky/AP hide caption

Spirit — the airline that already charges you for carrying on a single suitcase — will start charging $5 if you need to have a ticket agent print out your boarding pass.

The airline says it will also lower fares by $5 to make up for the new fee. Hence the genius headline on the press release the company issued to announce the new fee:

The fee starts in November. Starting next year, the airline will also charge $1 if you print out your boarding pass at one of its airport kiosks.

Spirit is a particularly aggressive fee collector, but fees are taking on a bigger role in the airline industry overall.

As we noted in last week's podcast, U.S. airlines collected $3.4 billion in baggage fees last year. And, in addition to charging for snacks, airlines are looking at all sorts of other fees — for WiFi, for extra legroom, for boarding early, etc.

This is in large part because selling seats on airplanes is a lousy business. Fare prices are super competitive. Airlines regularly lose money. In the past decade, US Airways, United, Northwest, Delta have all gone through bankruptcy.

So airlines are competing on low fares trying to sell whatever extras they can.

This might actually work to your advantage if you pack light, bring a sandwich and print your boarding pass at home.

Spirit is the first in the U.S. to [charge for printing boarding passes] but not the first in the business. That honor belongs to the ultimate cheapskate, Ireland's Ryanair. The ultra discount carrier that loves to be hated charges £40 for the privilege, or about $21. In response, other vendors, such as car rental agencies, that had locations near Ryanair's check in, quickly set up a secondary market, offering to print the boarding passes for passengers for £10...