Accessibility links
Why A Little Oil Makes A Big Difference : Planet Money The U.S. and other countries will release 60 million barrels of oil from their reserves in the coming month. That's not much in the scheme of things. But small changes in the supply of oil tend to have big effects on the price.

Why A Little Oil Makes A Big Difference

Why A Little Oil Makes A Big Difference 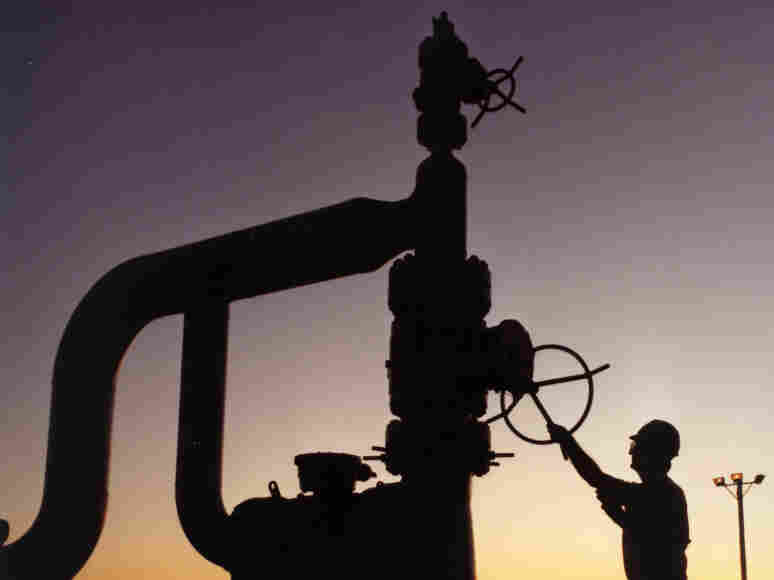 The U.S. said today that it will release 30 million barrels of oil from its strategic reserve over the next month. In addition, a handful of other countries will tap a total of 30 million more barrels from their reserves.

But this promise of a tiny increase in supply drove down the price of oil by more than 5 percent today — a significant decline.

Small changes in the supply of oil often have a big effect on the price.

When supply falls even a little, the price has to rise a lot to bring down demand. (Demand for oil is what economists call "inelastic.")

We saw this when civil war broke out in Libya. The country's oil exports fell by about 1.5 million barrels a day — a small fraction of global daily oil output. But the price of oil went through the roof.

The price is down from its peak, but it's still well above where it was before revolution broke out in the Middle East and North Africa.

Over the next month, the oil released from global reserves will more than make up for Libya's lost output. That should bring down prices further — or at least prevent them from rising as much as they otherwise would have.

Thanks to Paul Leiby of Oak Ridge National Lab for discussing this issue with me.

For background on U.S. oil reserves, see our post "Should The U.S. Tap The Strategic Petroleum Reserve?"