Accessibility links
Is College Worth It? (Cont'd) : Planet Money More on the rising wage gap between high school and college grads. Also: What's a better investment, stocks, bonds or tuition?

Is College Worth It? (Cont'd)

Is College Worth It? (Cont'd)

Lots of action in the past day or so on the is-college-worth-it front.

1. The growing income gap between college and high school grads is evidence that demand for college grads is increasing, two Georgetown researchers argue in a new report. (It's worth noting that the increase has been driven largely by the decline in real wages for those with only a high school degree, a fact the authors don't emphasize.)

They also point out that college grads make more than high-school grads even in jobs that don't require a high-school degree. 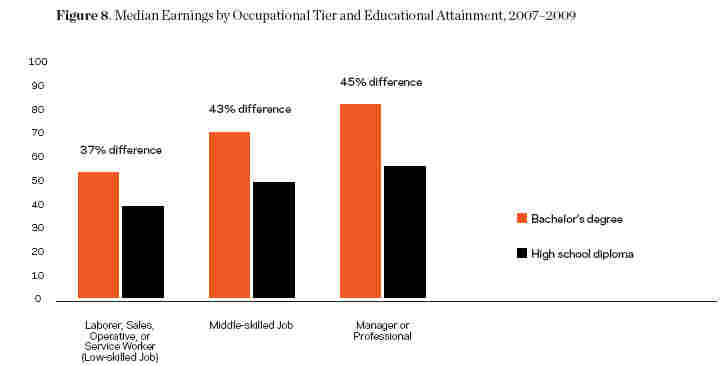 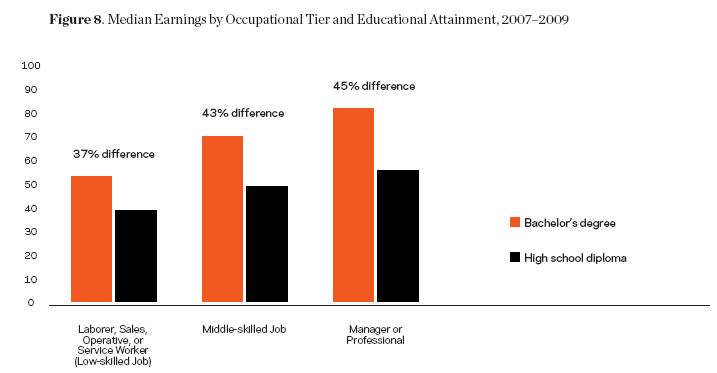 Georgetown University Center on Education and the Work Force

The NYT's David Leonhardt had a piece in Sunday's paper that broke out the wage gap in a bunch of different jobs — showing, for example, that college-educated plumbers make 39 percent more than plumbers with only a high school degree.

2. How much of the wage gap is actually the product of what you learn in college, how much is simply a product of underlying factors (such as persistence or cognitive ability), and how much is signaling?

For multiple answers, I send you to the the three-way-economist-blog-duel among Tyler Cowen, Bryan Caplan and Arnold Kling.

3. College is a better long-term investment by far than putting money into stocks, bonds or other popular assets, according to a new analysis by the Hamilton Project at the Brookings Institution. 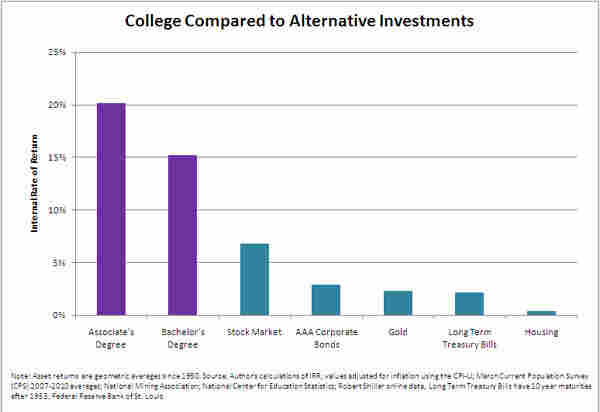 Enlarge this image
The Hamilton Project 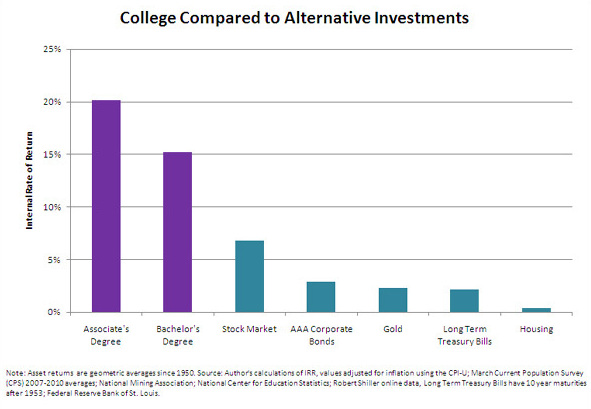 For the initial investment, the report adds up tuition, fees and the opportunity cost of not working. For return, the authors use the average lifetime wage difference between college grads and those with only a high-school degree.

The associates degree has a higher rate of return than the bachelor's because of the lower cost (of course).

For more on the methodology, see the full report.