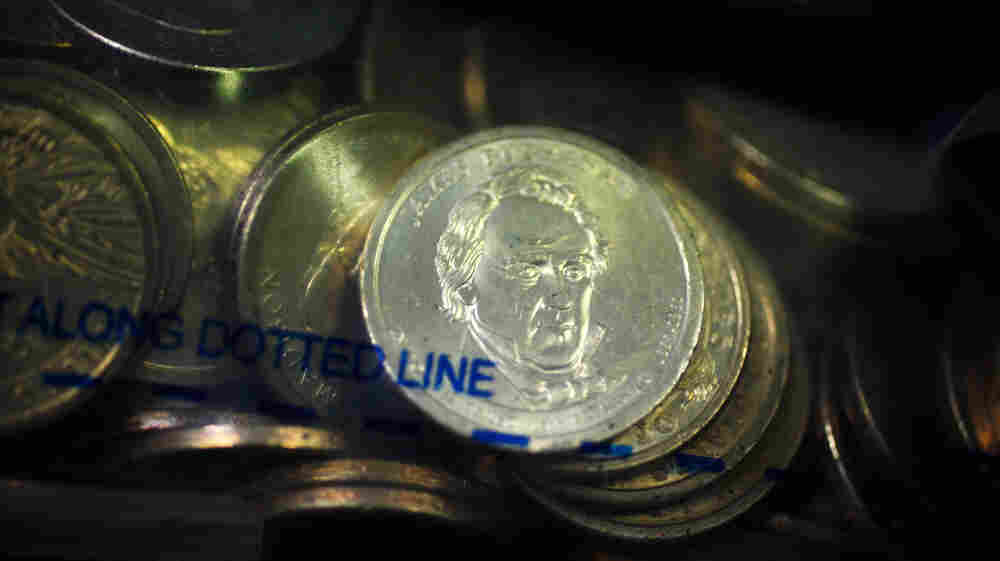 On today's Planet Money, we visit an underground vault that's full of money nobody wants.

The money — bags and bags of dollar coins — is the result of a 2005 law that requires the U.S. Mint to print a series of coins bearing the likeness of each U.S. president.

The problem is, people don't really like dollar coins. And there aren't enough people who are fired up about, say, Rutherford B. Hayes, to make much of a difference.

So more than 1 billion dollar coins are now sitting, unwanted, in Federal Reserve vaults around the country. By the time the program wraps up in 2016, the Fed will be sitting on 2 billion unwanted coins, according to the Fed's own estimates.

The total cost to manufacture those unwanted coins: $600 million.

For more, see the Fed's 2010 report to Congress on the program, and the letter the Fed wrote back in 2005 warning about potential problems with the program.