Accessibility links
Bank Of America's $20 Billion Subprime Moment : Planet Money The bank is taking a big hit from claims over bad mortgages. But investors were so worried that B of A's stock actually rose on the news. 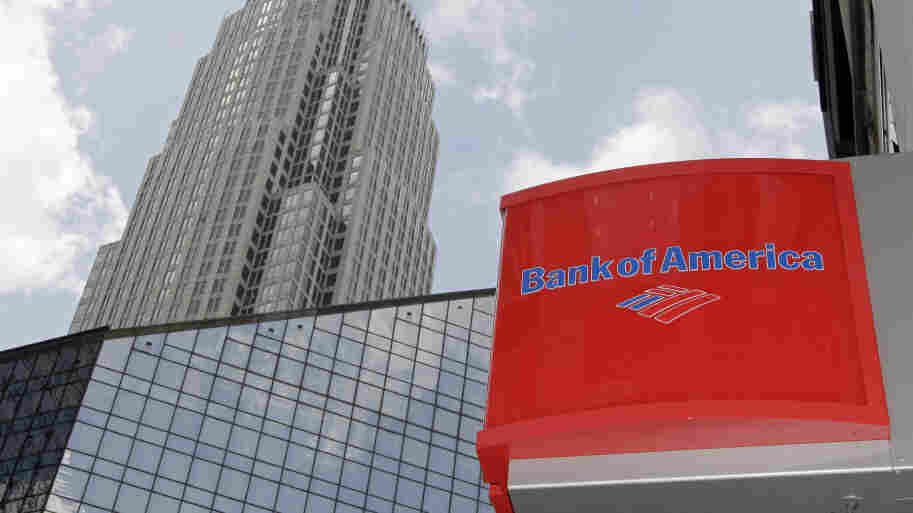 Bank of America said today that it's taking more than $20 billion in charges connected to its mortgage business.

The bank's mortgage troubles are rooted in its 2008 purchase of Countrywide Financial, the mortgage company at the heart of the subprime boom.

Countrywide had issued tens of thousands of mortgages that were bundled into mortgage-backed bonds and sold off to investors. But many of those mortgages didn't meet the promised standards for the quality of the collateral or the credit risk of the borrowers, a group of big investors argued in a letter to B of A last fall.

What's more, the investors said, B of A and Countrywide knew that there were shoddy mortgages in the bonds, but had failed to inform the investors.

There were "tens of thousands of loans" bundled into the mortgage bonds, but B of A had never reported "the discovery of even one mortgage that violated applicable representations," the letter said.

B of A and Countrywide also failed to foreclose on mortgages that were in default, choosing instead to keep taking the fees received for servicing the loans, according to the investors. B of A has denied the claims, the AP notes.

Today, B of A said it will pay $8.5 billion to settle the claims raised in that letter.

The bank will also set aside an additional $5.5 billion to settle similar claims from other investors, including Fannie Mae and Freddie Mac. B of A will take an additional $6.4 billion in mortgage-related charges for things like litigation costs and a write-down in the value of its consumer real-estate business.

Worries about B of A's mortgage business were running so high that the company's stock rose today, suggesting that investors were relieved by the $20 billion announcement.