Accessibility links
Breakfast At Libertarian Summer Camp : Planet Money Last weekend, a group of libertarians and anarchists gathered in the woods of northern New Hampshire for the annual Porcupine Freedom Festival. I went up for breakfast. 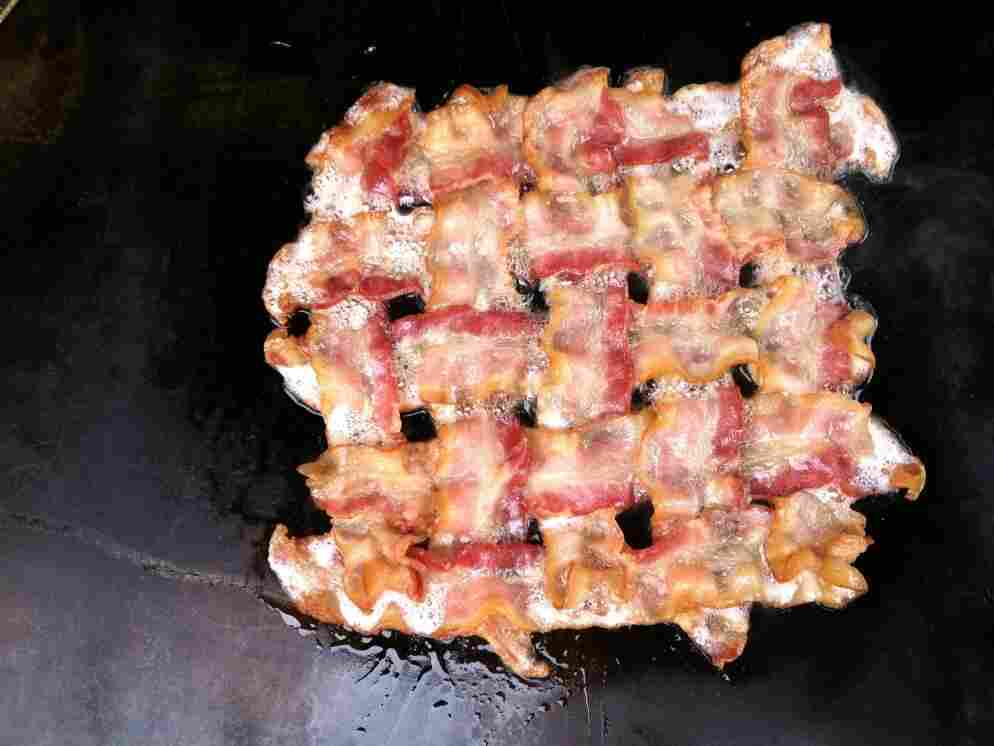 Last weekend, a group of libertarians and anarchists gathered in the woods of northern New Hampshire for the annual Porcupine Freedom Festival, aka PorcFest.

I went up for breakfast.

Lucky for me, George Mandrik has brought along 150 lbs. of bacon, which he's selling out of a tent to finance his trip to the festival. He does this thing where he weaves 10 pieces of bacon into what he calls "a little blanket," and cooks the whole thing up.

I tell him that I want to experience a government-free breakfast, and George makes his best pitch.

He tells me proudly that, although he makes his living cooking, he has no permit to sell food. He's never been inspected. And he does not pay taxes.

"I don't want them in my business at all," he says of the government. "If somebody wants to buy my food, it's between me and them."

But of course no government means no official inspection stating that George washes his hands or that he keeps his bacon cold. As I'm asking about food safety, we are interrupted by another customer, who happens to have a handgun strapped to his belt. 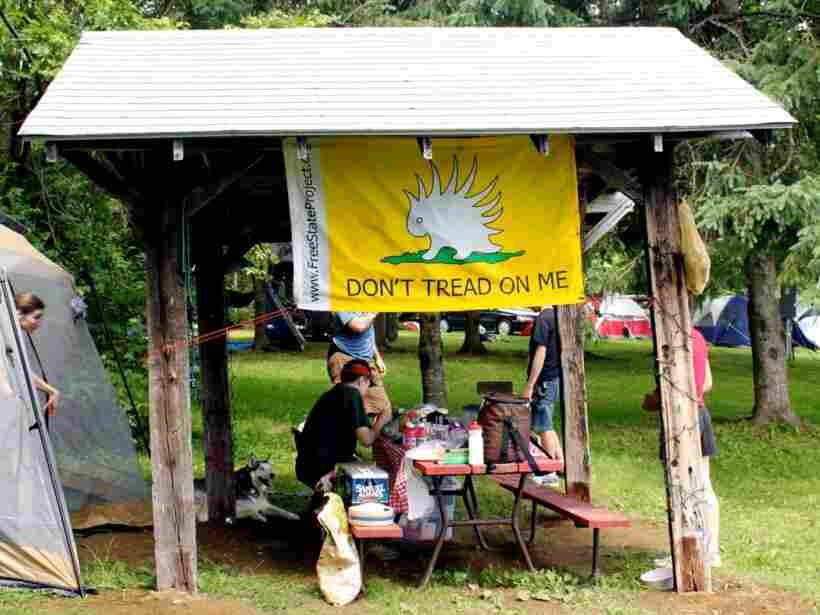 The marketplace here is booming. Hundreds of people have shown up to spend the week. Many are drawn here by the Free State Project, which is trying to get libertarian-leaning folks to move to New Hampshire.

You can buy just about anything you want at PorcFest — food, drugs, bootleg cigarettes or alcohol. And you don't even need U.S. government currency to do it.

Someone shows me a cash register stocked with tiny pieces of silver and gold.

Trying to give up the U.S. dollar means a lot of extra math. You hear it all day long. How much is silver? How many grams in an ounce?

It's 8:30 in the morning, in the woods, and people are checking the precious metal prices on their cell phones.

I go directly to the source. Down the hill, Ron Hellwig has set up a bank and a mint on a folding table.

Ron has invented these neat little laminated cards that contain strips of silver. He has basically created a silver-based currency with different denominations — 1 gram, 5 grams, etc.

I give him a $20 bill and get about 10 grams of silver in exchange. Then I head back to George's for a cup of coffee and a bacon-weave omelet. Cost: Five grams of silver.

But as George is making the omelets I spot something. His eggs come in big racks approved by the USDA. And the propane he's using to cook the omelet — didn't someone have to pay gas taxes on that?

When I'm ready for dinner, I bring what's left of my silver currency to the Thai food tent on the other side of the campground. But the guy just shakes his head. He only takes the round silver coins, not the laminated strips of silver I have.

It's my final lesson. There are no guarantees in a free market.