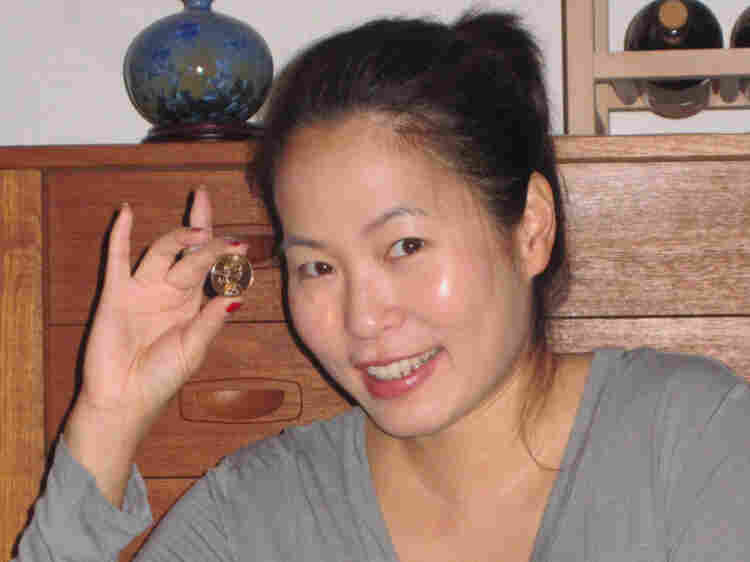 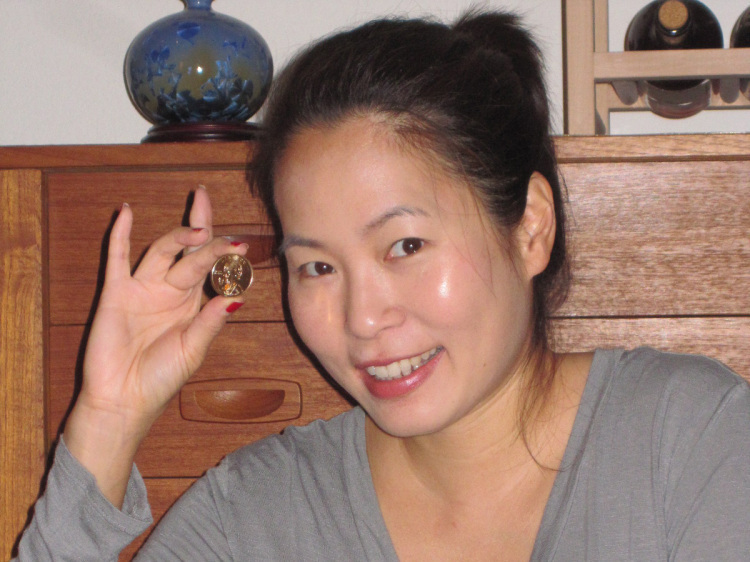 We recently reported on the the government's failed effort to persuade Americans to use dollar coins.

But the coins have found at least one group of fans: Travel enthusiasts who buy thousands of dollar coins with credit cards that award frequent-flier miles for purchases.

Once in possession of the coins — shipped to them by the government for free — they can deposit them into their bank accounts and pay off the credit card bills. The result: a free ticket to anywhere.

"We've used them to go on trips around the world," says Jane Liaw, a 35-year-old public health researcher and science writer in San Francisco. Liaw says she and her husband, who use a variety of tricks for earning miles, are planning trips to Greece and Turkey, "all on miles and points."

Liaw says she spends some of the coins at the local farmer's market and stores.

The problem is that even if so-called "travel hackers" like Liaw put some of the coins in circulation, their purchases from the Mint contribute to a huge and growing buildup of one-dollar coins in Federal Reserve vaults.

The mountain of coins is the unintended result of a 2005 act of Congress. The law requires that more and more coins be minted, despite a lack of demand by the public. (For more, see our story "$1 Billion That Nobody Wants.")

The Mint's direct-ship program is aimed at getting the coins into everyday circulation.

Officials there first noticed something amiss in summer 2008, when they saw that a small number of customers were repeatedly ordering large numbers of one dollar coins. The top 20 customers bought between $219,000 and $696,000 worth, says Mint spokesman Tom Jurkowsky.

Another clue the hackers left was that dollar coins were arriving in banks still clad in their U.S. Mint packaging.

"Do we feel a little bit violated? Yes, and that's why we aggressively sought measures to eliminate what we called an abuse," says Jurkowsky.

Jurkowsky said the Mint sent letters to the top abusers and imposed a limit of 1,000 coins every ten days.

Around this time, people buying dollar coins to get frequent-flier miles drew national attention in outlets such as the Los Angeles Times and the Wall Street Journal.

After the Mint acted, orders for Native American dollar coins, which are only available directly from the Mint, dropped – from 88.7 million in 2009, to 52 million last year and 19 million so far this year.

In total, the mint has mailed out 284 million one-dollar coins, including presidential and Native American coins, through the direct-ship program.

Native American coins bear the likeness of Lewis and Clark guide Sacagewea. By law, Sacagewea must appear on one in every five dollar coins manufactured, the legacy of political dealings on Capitol Hill.

While the Mint says the Native American coins are now popular enough to be back-ordered, a recent Federal Reserve study provided to NPR says nearly 60 percent of them come back to Federal Reserve vaults.

Both the Mint and Federal Reserve now support eliminating the Sacagewea quota.

The Fed, in its latest report to Congress, is also asking for additional changes that would allow it order only the number of dollar coins the economy needs.

As long as the dollar coin scheme is viable – without a crackdown by credit card issuers, for example – there will be enthusiasts like Ben Schlappig, who writes the travel hacker blog One Mile At A Time.

Schlappig, who says he has "a few million miles" and top-tier status with several airlines, orders at the Mint's limit.

"Just last week I came back from a trip from Australia and Singapore and Malaysia all in first class, just on miles," he says, "partly thanks to the dollar coin program."