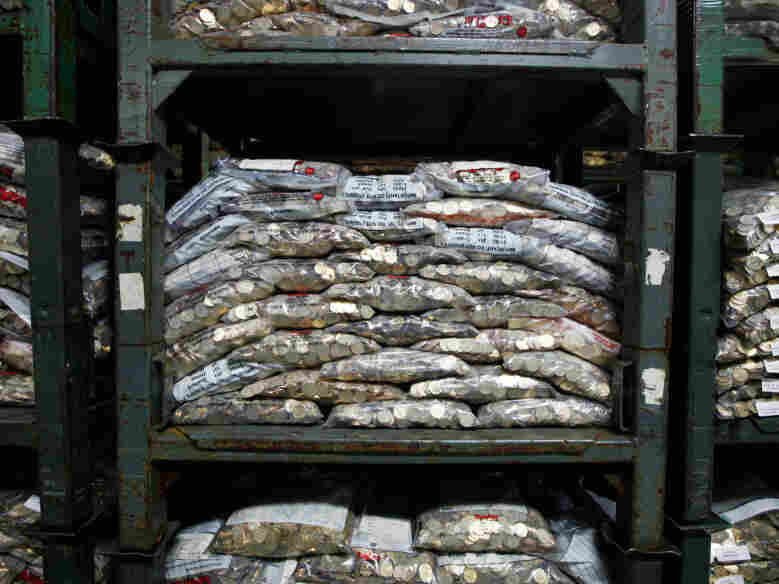 Two weeks ago, we reported on the mountain of unwanted coins piling up in Federal Reserve vaults, the costly result of a failed Congressional effort to get Americans to use dollar coins.

Now Jackie Speier, a Democratic congresswoman from Northern California, is planning to introduce a bill to halt production of dollar coins.

In a letter to fellow lawmakers, Speier writes:

Some 2.4 billion coins have been minted since the start of the program in 2007. According to a recent investigation, the government has already wasted more than $300 million making all these coins that no one wants.

Around 1.2 billion of the coins sitting in the vault of the Federal Reserve Bank and over 60% of those coins that finally enter circulation return to the Fed for storage. The Federal Reserve told Congress last year that the pile of idle coins could double by the time the program ends in 2016.

My bill directs the Secretary of the Treasury to stop minting the $1 coins, immediately halting production of these unnecessary coins. Taxpayer dollars that will be saved from this legislation will go towards the deficit.