Accessibility links
Finance Watchdog To Open Without A Leader : Planet Money President Obama nominated a director for the Consumer Financial Protection Bureau. But he won't be confirmed by the Senate before the bureau formally opens this week. And he may not be confirmed at all.

Nation's Newest Finance Watchdog To Open Without A Leader

Nation's Newest Finance Watchdog To Open Without A Leader 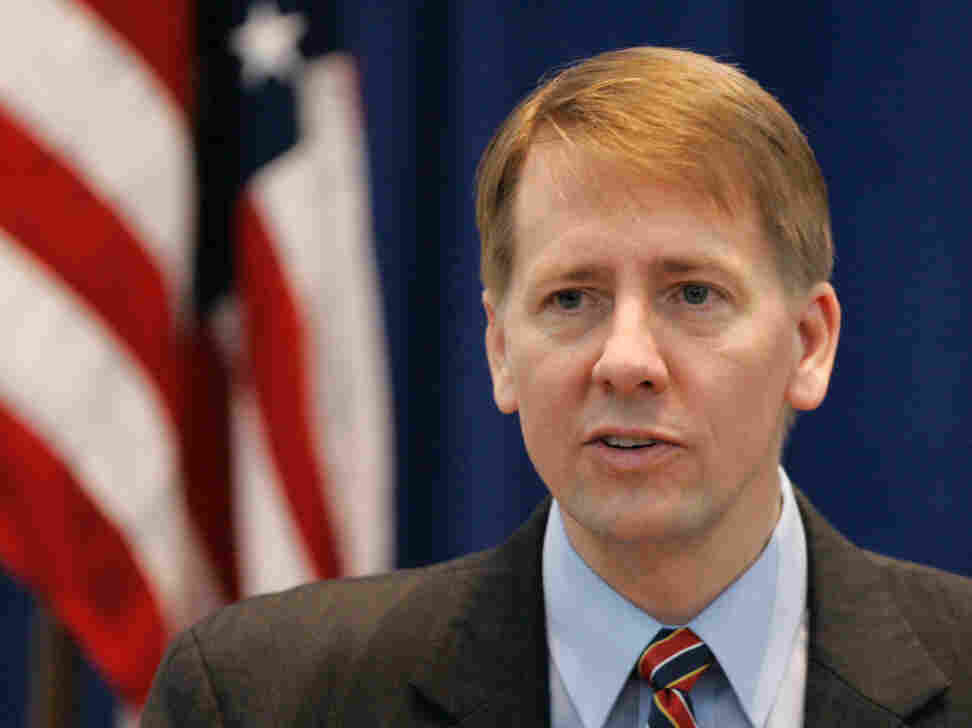 The Consumer Financial Protection Bureau will formally open for business this week. It will not have a director.

The White House said yesterday that President Obama would nominate former Ohio Attorney General Richard Cordray to run the bureau. But Cordray has to be confirmed by the Senate, and that won't happen this week. It may not happen at all (more on that below).

Without a director, the bureau — created last year by the Dodd-Frank bill — is not legally permitted to write new rules, nor can it oversee non-bank finance companies, such as payday lenders.

The top jobs at two other key financial regulators — the FDIC and the Office of the Comptroller of the Currency — are also vacant, pending Senate approval of Obama's nominees, the NYT notes.

The CFPB is a particularly contentious issue.

Elizabeth Warren, the Harvard law professor who came up with the idea for the bureau, has been overseeing its creation. But she's unpopular on Wall Street, and it was likely that Senate Republicans would have prevented her from running the bureau if she'd been nominated.

Cordray, a Democrat who made a name for himself going after mortgage lenders in the robosigning scandal, has been working as director of the CFPB's enforcement division. He may not fare much better in the Senate than Warren would have.

Forty-four Republican Senators have said they won't approve any nominee unless fundamental changes are made to the CFPB.

The key debate is over how much autonomy the bureau has, and how it's funded. The Republican Senators want more oversight of the bureau — a position supported by big business organizations such as the Chamber of Commerce. The Senators' argument is spelled out in this letter.

For a counterpoint, see this post from Mike Konczal, who argues that the Republicans simply want to weaken the bureau.