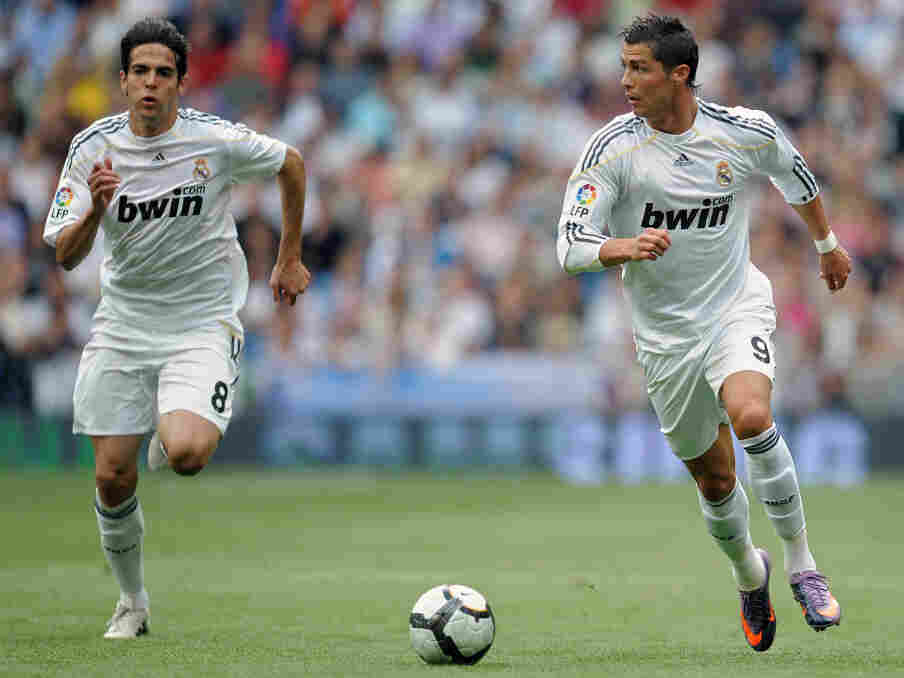 Bankia, a group of Spanish banks, wants to borrow money from the European Central Bank. To show that they're serious, they're offering an unusual guarantee: Cristiano Ronaldo and Kaka, two of the world's most valuable soccer players.

Real Madrid bought both players in 2009. They paid $94 million for Kaka, at the time the most expensive transfer deal in soccer history. Two weeks later, they broke the record again by paying $132 million for Ronaldo.

But the club didn't pay for the players out of its own pocket. Instead it borrowed money from Bankia and offered the players as guarantees in case of default.

Now the bank needs funds from the European Central Bank. In exchange, it's offering the loans it signed with Real Madrid as collateral. If the deal goes through, it's possible that the ECB might one day repossess Ronaldo and Kaka.

But how likely is that to happen?

Not very. If Bankia defaulted on its obligation, the ECB would seize the loan and be entitled to all future payments from Real Madrid. Then, if Real Madrid defaulted, the ECB would take control over the players' contracts, and could sell them off to another team.

Even given all the uncertainty surrounding Spain's economy, the combined default of Spain's most successful soccer team and a national banking group is unlikely.