Accessibility links
The Debt Deal Is Just The Beginning : Planet Money Two particularly sensitive issues that are likely to come up in future debates: Tax increases and cuts to Medicare.

Still To Come: The Fight Over Medicare Cuts And Tax Hikes

Still To Come: The Fight Over Medicare Cuts And Tax Hikes

The U.S. government will spend about $48 trillion over the next 10 years, according to CBO projections. Roughly $13 trillion of that will be deficit spending.

The debt deal being voted on today would cut each of those numbers by about $2.4 trillion. That's not trivial, but it doesn't fundamentally change the big picture.

The CBO hasn't released a full breakdown of the latest deal, but a back-of-the-envelope calculation based on previous CBO estimates suggests the total debt will still be on track to be about 100 percent of GDP at the end of the decade. That's very, very high by historic standards.

So all all the drama of the past few weeks is just the beginning. The coming months and years will almost certainly bring more, painful fights over the deficit — starting this fall, when the special Congressional committee established by today's deal debates the next rise in the debt ceiling.

Two particularly sensitive issues that we're likely to hear a lot more about in the ongoing debate over deficits: Tax increases and cuts to Medicare.

Less than 15 percent of GDP goes to federal taxes. That's a lower share than at almost any time since World War II, according to data from the Office of Management and Budget. 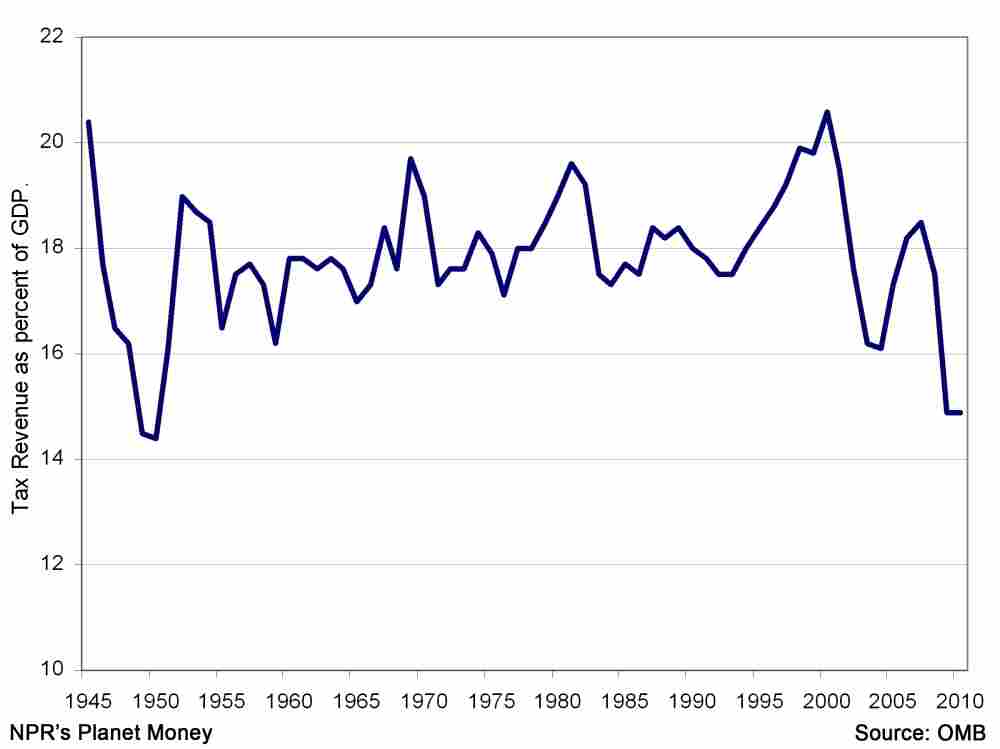 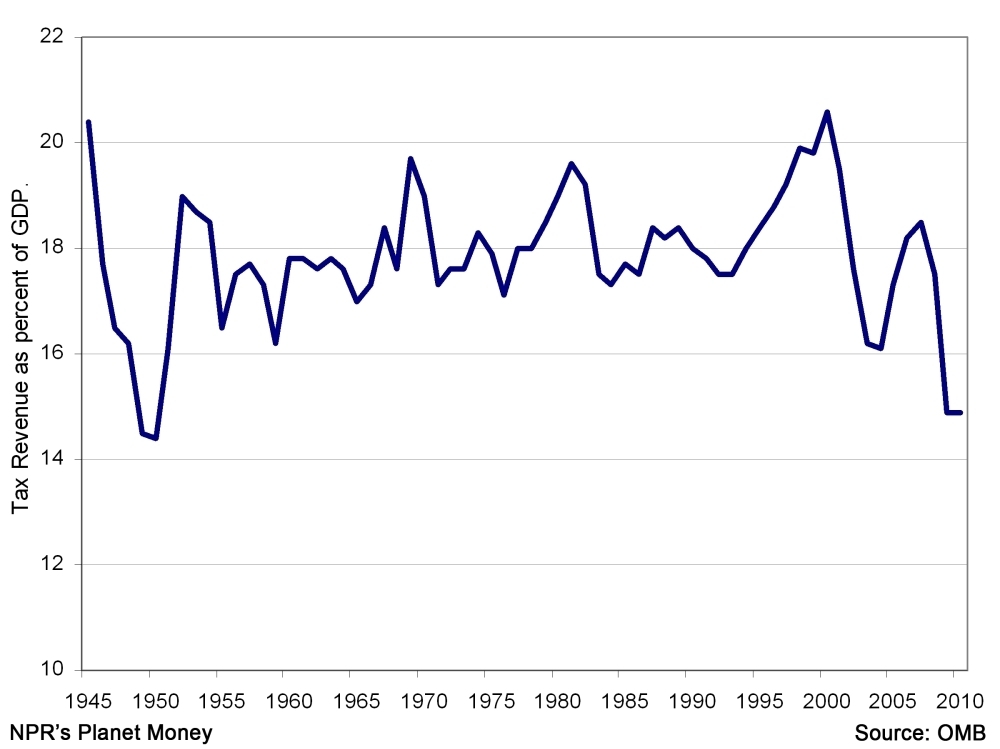 That's one reason to expect the push to increase tax revenue will continue to be part of the deficit debate.

That could mean letting the Bush tax cuts on top earners expire at the end of next year (at which time, by the way, the debt ceiling will probably need to be raised again). It could mean lowering tax rates while getting rid of loopholes, with the overall effect of raising tax revenues for the government.

The rapidly rising cost of health care is expected to be a key driver of rising government spending over the next decade. (This isn't simply due to the aging of the population; health spending is growing much faster than the economy, even after adjusting for age.)

Medicare accounts for both the biggest share of federal health spending. It's also a very popular program, and one that's politically very difficult to cut.

Note: The $13 trillion deficit figure is based on the CBO's "Alternative Fiscal Scenario." For an explanation of what that means and why we used it, see the notes to this post from last month.