Accessibility links
A Charity That Just Gives Money To Poor People : Planet Money A group of economists is launching a charity with a simple but radical idea: Give money to very poor people, and let them spend it however they want. 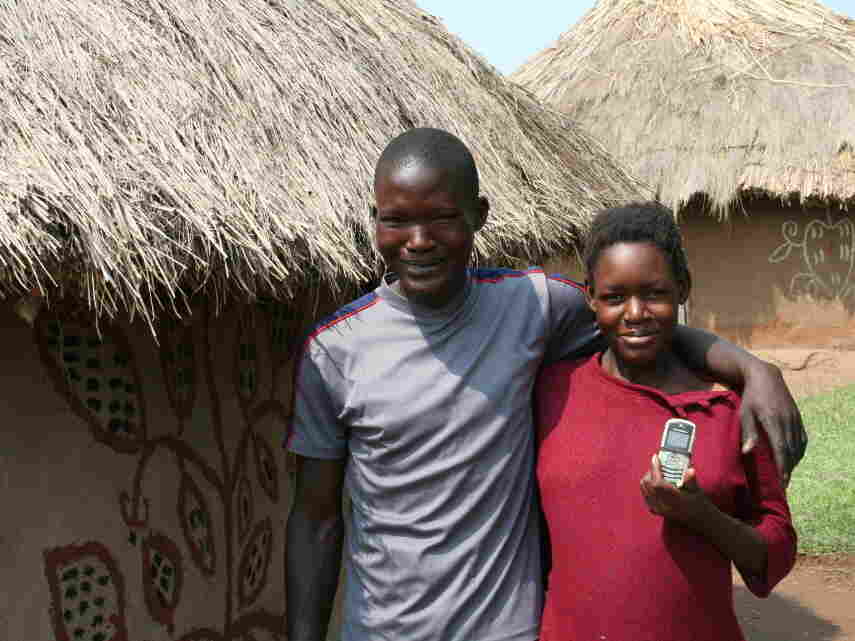 A group of economists is launching a charity with a simple but radical plan: Give money to very poor people, and let them spend it however they want.

The recipients live in rural Kenya, typically in mud huts with dirt floors. They make about $1 a day.

The charity is called GiveDirectly. It's the outgrowth of relatively new technology, and a very old economic idea.

The new technology is a system called M-Pesa, which lets people send and receive money via cell phones. It's quickly become very popular in Kenya among people who are too poor to be served by the traditional banking system. (Here's an NPR story on M-Pesa from earlier this year.)

M-Pesa radically lowers the cost of getting money into the hands of poor people in remote areas, and gives people without access to traditional banks a way to safely save money. Many very poor people in Kenya have cell phones, as it turns out; GiveDirectly gives SIM cards to people who don't have phones.

The old economic idea is that people generally make rational choices about what's best for them. It follows that a bottom-up system that allows people to make their own decisions is often preferable to a top-down approach in which outside experts decide what will work best.

I spoke last week with Paul Niehaus, a UCSD economist who is one of GiveDirectly's founders. Here's how he put it:

Economists have a long tradition of trying to take seriously differences about what people value in life. An economic approach to thinking about well being is, 'What would people choose for themselves?' Taking a relatively hands of stance, not placing value judgments on peoples' goals, [is consistent with that].

"There do exist choices that are self-harmful," Niehaus says. But, he adds, "there's a lot of evidence that people don't just drink money. They don't seem to be blatantly self destructive or irresponsible."

That evidence (citations here) comes from programs that pay poor people to do things that benefit society — such as getting their children vaccinated, or sending them to school. Those programs, known as conditional cash transfers, have been gaining popularity among governments in the developing world.

GiveDirectly, in a sense, takes this idea a step further; its donations are unconditional cash transfers.

The group is just getting off the ground, and is launching its own study (described in detail here). It will include a control group, which will not receive any donations during the course of the study, as well as several different treatment groups.

Each family in the treatment groups will receive a total of $200 (equal to several months of income), but the money will be given out in different ways to different households. This may allow GiveDirectly to see whether different distribution methods lead to different outcomes.

Here's the breakdown ("n" refers to the number of households in each group):

The criteria for recipients is pretty simple:

GiveDirectly says roughly 90 cents of every dollar donated goes to a poor person. The other 10 cents covers the cost of transferring the money, and of finding and enrolling recipients.

GiveWell, a nonprofit that evaluates charities, has this recent piece on "reasons to be optimistic" as well as "reservations" about GiveDirectly. Reservations include the fact that GiveDirectly is new and unproven, and that giving money to some people but not others in a small village could create trouble. The post includes responses from GiveDirectly.

Note: The headline of this post echoes the title of this book.