Accessibility links
How Much Do We Buy From China? : Planet Money Less than 3 percent! So why does it feels like everything we buy is from China? Here are a few possible reasons.

How Much Do We Buy From China?

How Much Do We Buy From China? 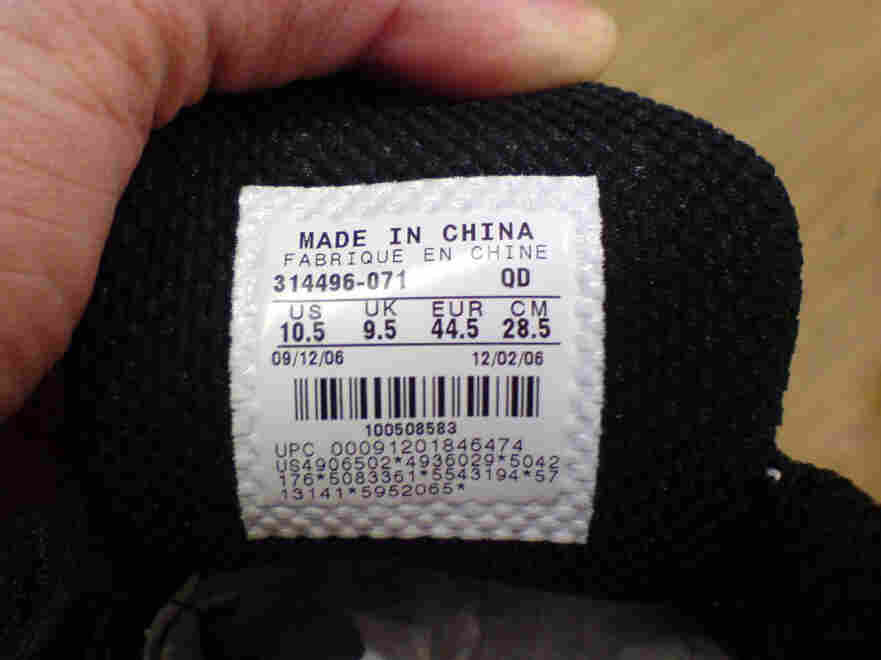 It feels like everything we buy comes from China. In fact, less than 3 percent of personal spending in the U.S. goes to China, according to a new report from the SF Fed.

That's partly because most personal spending goes to things like health care and housing that are, by definition, produced in the U.S.

For the big-ticket items in the durable goods category (cars, furniture, etc.), about two thirds of personal spending goes to stuff made in the U.S. Just over 10 percent goes to China.

If all that's true, why does it feel like everything we buy is made in China?

Three possibilities come to mind (though I'm sure there are others).

1. We buy a lot of cheap stuff from China. So we notice the volume of stuff, but not the fact that it accounts for a small chunk of our overall spending.

Of all the subcategories the report breaks out, "clothing/shoes" is the only one where we spend more on Chinese goods than on U.S. goods. But clothing and shoes accounts for only 3.4 percent of our total spending.

2. We're always hearing about our big trade deficit with China. In May, for example, our exports to China totaled $7 billion , and our imports from China totaled $29 billion. That is indeed a big deficit. But that $29 billion in imports is tiny compared with the overall size of the U.S. economy: Our economic output is well over $1 trillion per month.

Note: When I say "personal spending," I mean personal consumption expenditures, a category that accounts for about two-thirds of the U.S. economy.