Accessibility links
The Government's Case Against The Banks : Planet Money In a massive wave of lawsuits, the government argues that banks sold investors bundles of mortgages that were shoddier than promised.

The Government's Case Against The Banks

The Government's Case Against The Banks 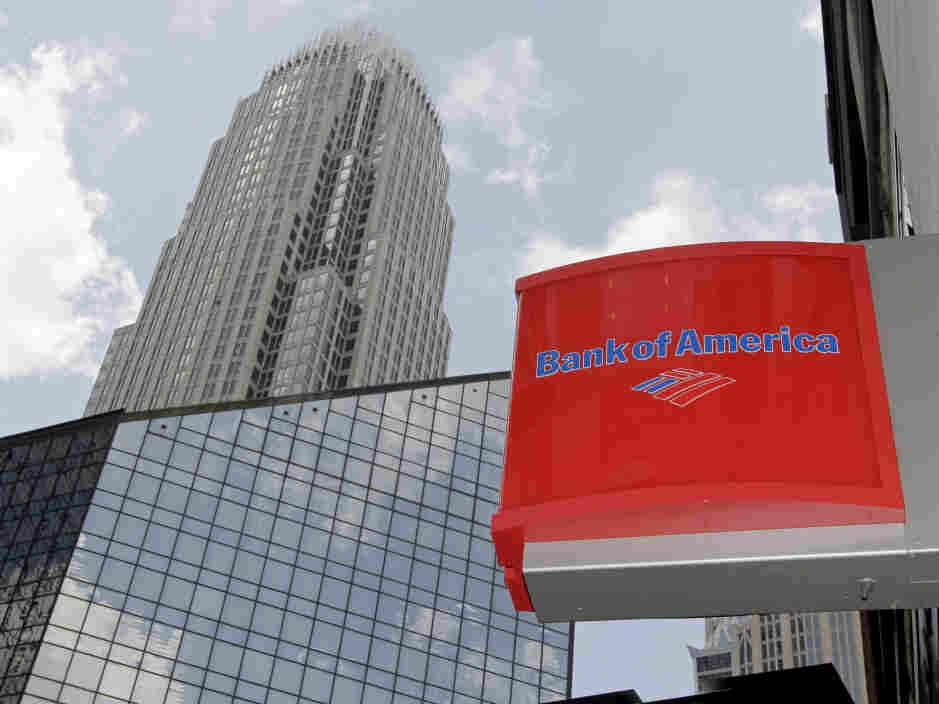 During the housing boom, banks sold investors bundles of mortgages that were shoddier than promised, according to lawsuits the federal government filed yesterday.

This allegation won't come as a surprise to anyone who has followed the financial crisis; similar accusations have been flying around for years.

It's the scope of the lawsuits that makes them such a big deal: 17 separate suits naming many of the world's biggest banks and covering nearly $200 billion in mortgage-backed securities.

The securities were sold to Fannie Mae and Freddie Mac, the mortgage finance companies that collapsed during the financial crisis and were bailed out and taken over by the federal government.

Fannie and Freddie's main job was buying up mortgages from banks, bundling them into securities, and selling them off to investors with a payment guarantee. But during the housing boom, Fannie and Freddie started investing in mortgage-backed securities from banks as a side business. Those investments are what's at issue in the lawsuits.

The suits were filed by FHFA, the federal regulator that oversees Fannie and Freddie.

The suits argue that the banks misrepresented the quality of the mortgages in the securities. For example, many homeowners had less equity in their homes than the banks claimed, according to the lawsuits, and were therefore at higher risk of defaulting on their mortgages.

B of A has the most at stake — separate suits filed against the bank and its Merrill Lynch and Countrywide units cover securities valued at nearly $60 billion.

Here's a statement from B of A (via FT Alphaville):

[Fannie and Freddie] claimed to understand the risks inherent in investing in subprime securities and, in fact, continued to invest heavily in those securities even after their regulator told them they did not have the risk management capabilities to do so. Despite this, [Fannie and Freddie] are now seeking to hold other market participants responsible for their losses.

It's unclear how much money the FHFA will seek to recover from the banks, but it's unlikely to be the full value of the securities involved.

In a similar suit filed earlier this year against UBS and involving $4.5 billion in mortgage-backed securities, FHFA is trying to recover $900 million, FT Alphaville notes.