Accessibility links
When Congress Plays Chicken : Planet Money The debt-ceiling debate was a game of chicken, a political scientist says. And the supercommittee may actually work out a deal. 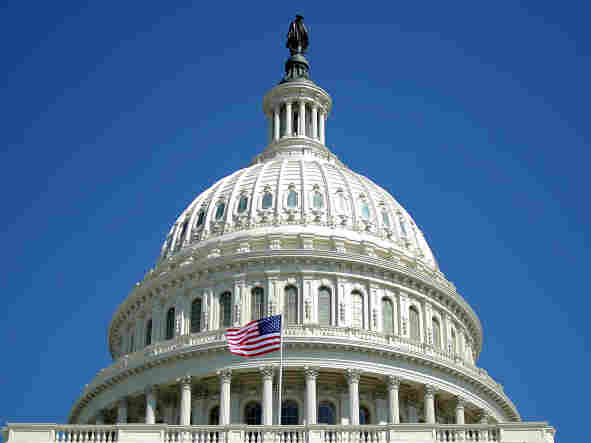 In a classic game of chicken, two cars race toward each other. The loser is the person who swerves out of the way of the oncoming car.

As it turns out, chicken is something that game theorists have devoted a lot of thought to

Chicken is also a pretty good metaphor for the way Congress handled the debt-ceiling debate.

On today's show, we talk to Steven S. Smith, a political scientist at Wash U. who studies Congress for a living. He takes us deep inside the debt-ceiling-as-game-of-chicken metaphor. And he explains why the supercommittee may actually work out a deal.