Accessibility links
A Genius Grant For An Economist Who Studies Race And Inequality : Planet Money Roland Fryer has studied the effect of "distinctively black" names, as well as whether paying students is an effective way to boost their grades. 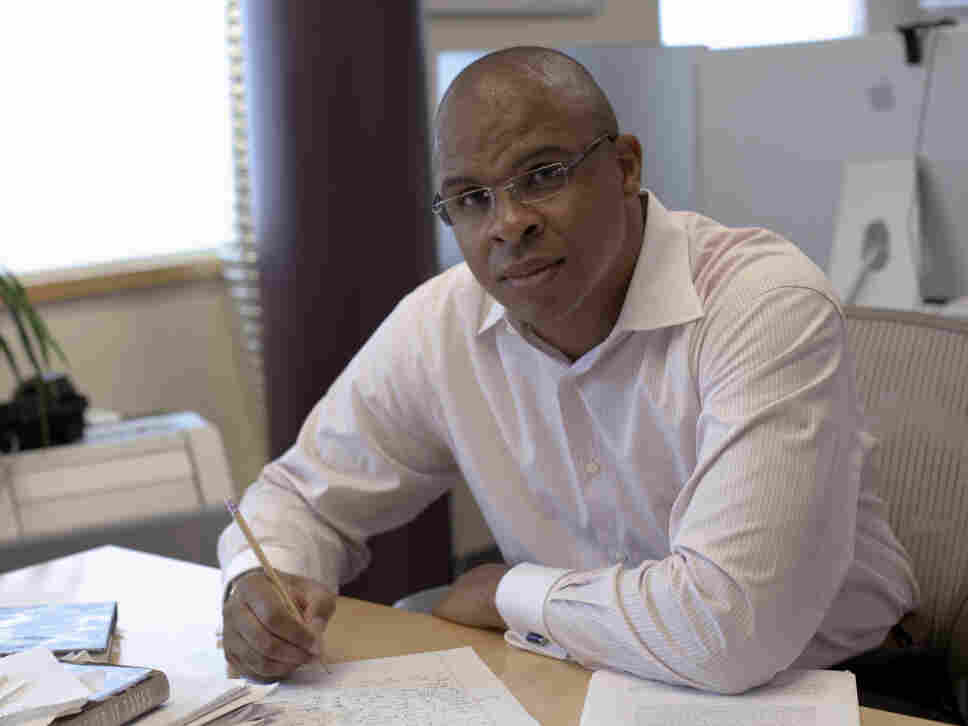 This year's MacArthur fellowships — popularly (and irresistibly) known as "genius grants" — were announced this morning. There was one economist on the list: Roland Fryer, a Harvard prof who studies race and inequality in America.

A few years back, Fryer published a study that found that children with "distinctively black" names fared no worse than other children on several socioeconomic measures, after controlling for circumstances at birth. (That study was co-authored with Steven Levitt, of Freakonomics fame.)

...we looked at all of the birth records in California, a little over 16 million names, and compared someone who was born in a very similar hospital in a very similar area of the city with very similar parents. But one kid got the name Lakeisha and the other little baby girl got the name Emily. And what we found is that 20-some-odd years later, Emily and Lakeisha were doing very similar in terms of their economic and social outcomes, in terms of whether or not they were likely to be unmarried mothers, the median income of their ZIP code, education, etc., etc. So our conclusions were that names aren't actually causally affecting blacks but they are certainly associated with lower outcomes.

We wrote earlier this year about another Fryer study. This one looked at whether paying students was an effective way to get them to improve their grades.

It turns out that the direct approach — just giving them cash for good grades — doesn't work.

For More: Here's a list of Fryer's publications. And here's the Education Innovation Lab that Fryer runs at Harvard.