Accessibility links
Tiny Currency Features Giant Rodent : Planet Money Capivari can be used only in a single small town. It's one of 63 local currencies in Brazil. Others feature the sun, cactus and the Brazil nut 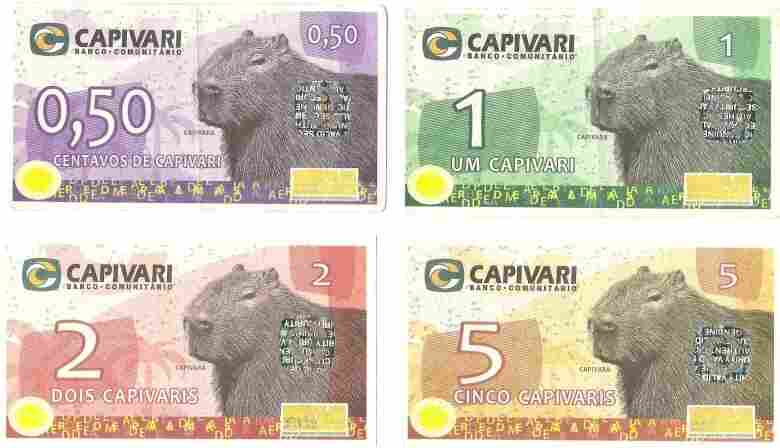 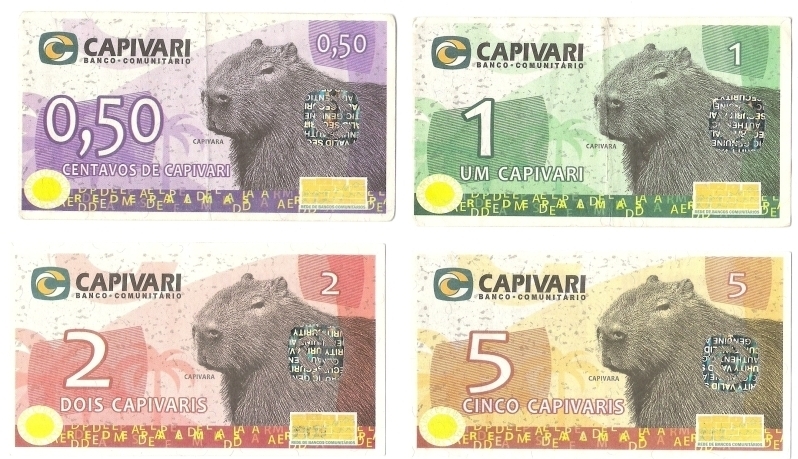 Today's WSJ fronts a story on the rise of local currencies in Brazil. The lead anecdote is about a town called Silva Jardim, which recently launched new money featuring the world's largest rodent:

The capivari circulates only in this dusty, agricultural town 60 miles north of Rio de Janeiro. The money is an effort by the town, one of the poorest in southeastern Brazil, to encourage its 23,000 residents to spend locally.

Ten months after introduction of the capivari—named after the capybara, a pig-sized rodent common in a local river—the currency is lifting fortunes of local retailers and gnawing holes in the pockets of consumers. Capivaris pay for everything from haircuts to restaurant tabs to tithing at churches. The mayor even has plans to open a "Capivari Megastore," where local artisans and growers can showcase wares.

The capivari is equal in value to the Brazilian real (a community bank issues the currency, and holds a real for every capivari in circulation). Merchants offer discounts to people who use the local currency.

There are now 63 local currencies in Brazil, according to the WSJ. Others feature the sun, cactus and the Brazil nut. The idea has been around for a while now; in the U.S., BerkShares is one prominent example.

Inevitably, there's been an effort to get this sort of thing going in Brooklyn. It's called the Brooklyn Torch, but it hasn't really taken off.

Maybe they should call it the Brooklyn Rat.