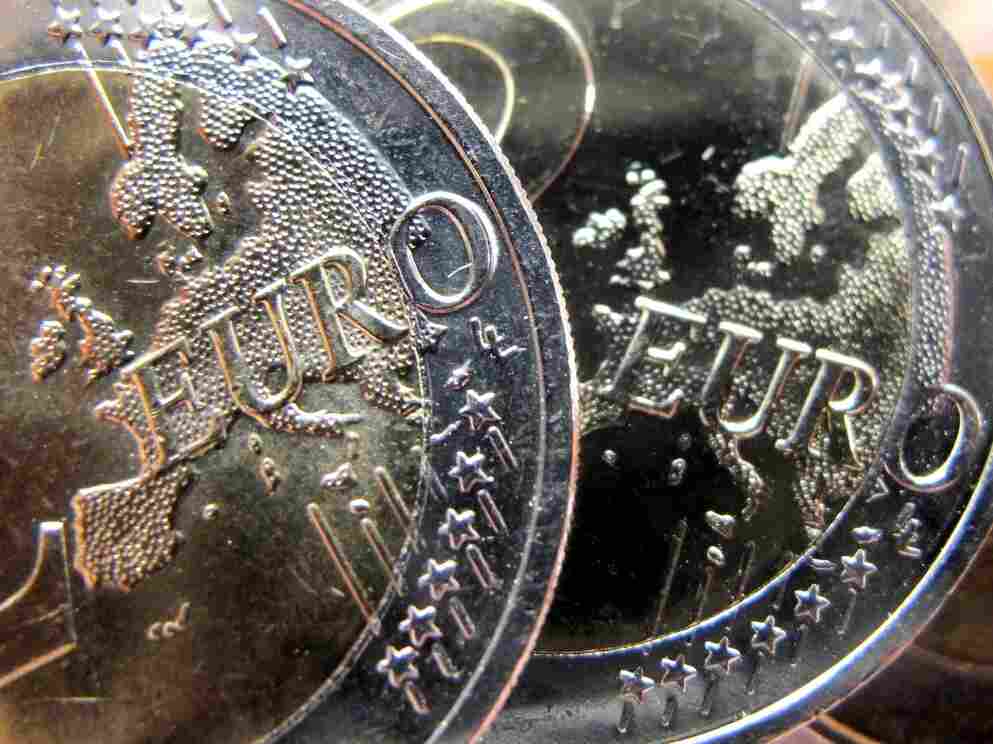 "We need Greece," Maurice Minot, a Frankfurt taxi driver, told me, swerving in excitement. "We need Spain, we need Italy. It's the dream for Europeans, for more than a hundred years."

Klaus Frankenberger, an editor at the newspaper Frankfurter Allgemeine Zeitung, points to the painful labor reforms Germany went through a few years ago.

Frankenberger happens to keep at his desk the treaty that set up the European Union. It's all marked up and dog-eared, as if he reads it in the bathtub.

"Article 125," he says, stabbing the page with his finger, "deliberately rules out the bailout of any member state! That's what it says. And we've decided to ignore this."

Sixty-six percent of Germans agree with Frankenberger, according to a recent poll. No bailout.

But what about that other 34 percent? It includes some businesspeople and bankers who would benefit from a bailout. But there's also a sizeable number of people, like my cab driver in Frankfurt, who support a bailout for more idealistic reasons.

"We had a wall behind us," says Renate Wilhelm, who used to live in East Berlin. "And now we are friends! And also with France: You don't have to use a passport, and we have the same money. It is like we are sisters and brothers. It's wonderful."

It's not just older Germans who feel this way about Europe. In Berlin I ran into Simon Banish, 20 years old and shrouded in a hoodie.

"I feel more like a European than a German," he told me. "The idea to create a United States of Europe sounds interesting-- and to me, it makes sense."

This might sound a little Kumbaya. But Europe is a messy continent, with a sea of countries that suffered two enormous, brutal wars in the first half of the 20th century.

Fifty years ago, a little Kumbaya seemed like a really good idea. In fact, that's how this whole project got started in the first place. Helmut Schlesinger, former president of the German Bundesbank, pointed this out to me.

"One cannot forget that the whole strength of having a European Union is based on the fact that we never want to have war between our countries, which we have had so much, and so terrible," he says.

In the years immediately following the war, the idea of a common currency was seen, by some, as a way to keep Europe peaceful, Schlesinger says. With everyone using the same currency, Germany's strength would be Europe's strength.

That's why the bailout question is so agonizing. Because it's not simply about self-interest. It's about who Germany wants to be.