Accessibility links
Why Has Income Gone Up So Much For The Top 1 Percent? : Planet Money Income rose across the board for U.S. households over the past 30 years. But it went through the roof for the households at the top one percent of the income distribution.

Income rose across the board for U.S. households over the past 30 years, according to a new report from the CBO. But it went through the roof for the households in the top one percent of the income distribution. 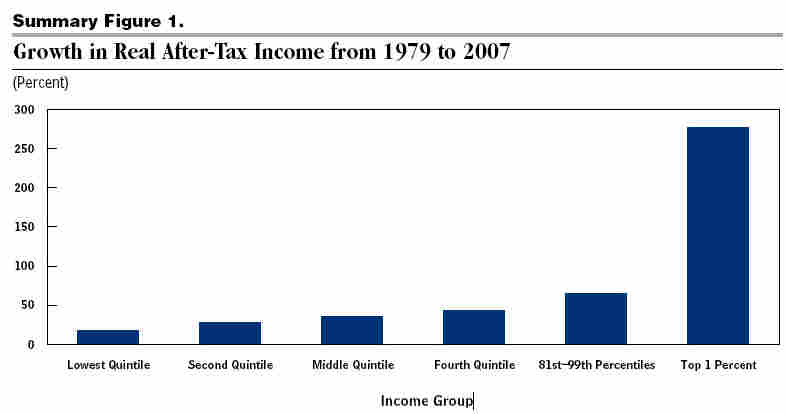 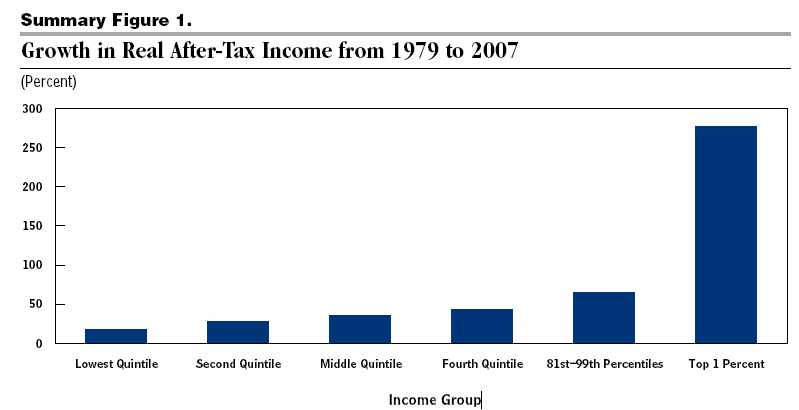 Why did the one percent do so well? Mainly, their jobs pay a lot more than they used to. Top earners do make a lot of money from investment income and business profits. But what CBO calls "labor income" — salary, bonus, etc. — accounts for the biggest chunk of income for the top one percent. 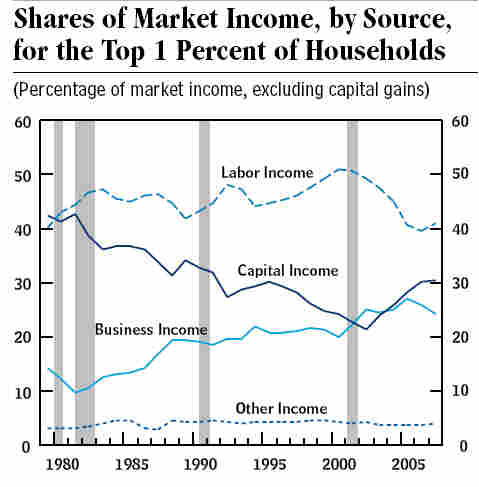 This raises a second question: Why have salary, bonus, etc. gone up so much for this group? Lots of economists have been asking this question, and CBO runs through some of the possibilities, without really settling on an answer. Three of the possibilities suggested by the report:

1. Companies have grown larger and more complex. So a single executive can have a bigger impact on profits. Therefore, it's rational for companies to pay executives a lot more.

2. A shift toward paying execs with stock options means that the value of their pay packages can shoot way up when the stock market rises.

3. "Weaknesses in corporate governance have enabled corporate executives to overpay themselves." In other words, it's not rational for companies to pay executives so much.

Federal taxes (including income and payroll taxes) as a percent of total income fell for all groups during this period:

In general, taxes and transfers (payments to beneficiaries from government programs such as Social Security) shift some income from top earners to those who make less. Overall, this effect shrank during the period studied. That's largely because a smaller chunk of transfers is going to poor households, and a bigger chunk is going to elderly middle-class households.

Overall, taxes are roughly as progressive as they were 30 years ago, the report says.

* The CBO adjusts for household size. This is important, because households at the low end of the income spectrum have become increasingly likely to be headed by a single adult, which increases income inequality across households.

* The CBO is nonpartisan. This report was prepared at the request of Max Baucus, a Democrat, and Chuck Grassley, a Republican.

For More: 3 Reasons Why The Gap Between Rich And Poor Is Increasing In Countries Around The World