Accessibility links
Why GDP Is Like GPA : Planet Money It's an important indicator, but there's a lot it doesn't tell you. 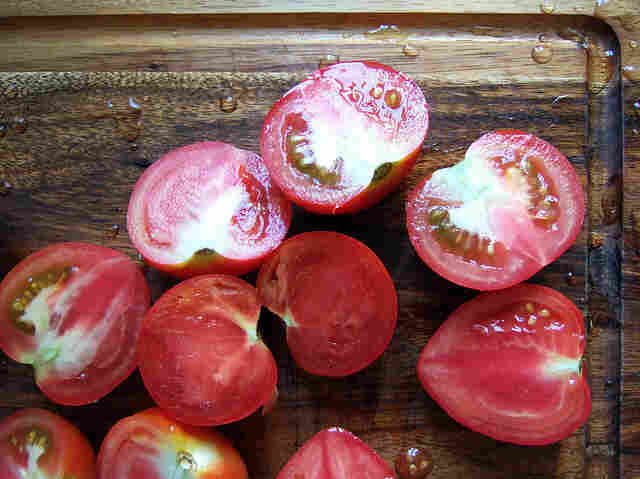 GDP contains multitudes. Everything we manufacture. Every plumber who fixed a sink, every accountant who carried the one and divided by five — all the goods and services we produced.

It was invented by a guy named Simon Kuznets during the the Great Depression, when everybody wanted to know just how bad things were.

Now the number is put out by Steve Landefeld at the government's Bureau of Economic Analysis.

The latest number: $15.2 trillion per year, give or take. A new record high, even after adjusting for inflation.

But just giving out GDP is like talking about your GPA in high school.
Sure, it's useful to apply to college. But your GPA paints a limited picture of what kind of student you really are.

Likewise, there are limits to the usefulness of GDP.

For instance, it's skewed by how well people are the top are doing. So when GDP per person goes up, a lot of us might not feel it.

"The share going to the top 1 percent as we talk about it today has grown," Landefeld says. "That has made the simple average of GDP per capita less meaningful to the average person. It's a real number, but it perhaps doesn't refelct what people are seeing in their personal economic situation."

Also there's that list of what goes into GDP, and what doesn't.

If you buy a tomato, that increases GDP. But if you grow a tomato — if you spend hours watering and weeding — that doesn't get included.

Environmentalists like to point out that industries can boost GDP by doing damage to the environment. Herman Daly, an economist at the University of Maryland, points to the Gulf oil spill. BP spent billions on clean-up.

"All of the expenditures on cleaning up the oil spill were then added to GDP," Daly says. "Now that's asymmetric accounting. You're not counting the negative, and you're adding in the positive."

So even though the loss of oil revenue and shrimp sales were factored into GDP, nothing was subtracted for the oiled pelicans. Nothing was removed for the environmental damage.

Could you factor environmental effects into GDP if you wanted to?

Robert Mendelsohn, an economist at Yale, just put a real dollar figure on air pollution. It wasn't easy. He included not only things like premature death caused by pollution, but also what value people put on the loss of visibility.

Researchers showed people pictures of the Grand Canyon, with and without smog, and asked how much is it worth to have that pristine view.

Then they add up all the costs. Mendelsohn estimates that if you subtract pollution and global warming costs, GDP could be 2 percent lower than it is now.

I tried out all these criticisms of the GDP on Steve Landefeld. He was polite. He said they do occasionally tweak the way the GDP is calculated. But he said right now, it's hard enough to measure all the stuff that actually has price tags.