Accessibility links
Why Do Airlines Keep Going Bankrupt? : Planet Money While all airlines have faced higher fuel costs and lower demand in the last decade, the problem for legacy carriers, like American, comes down to cost control. Legacy airlines costs are much higher — as much as 50 percent higher, according to economist Severin Borenstein.

Why Do Airlines Keep Going Bankrupt?

Why Do Airlines Keep Going Bankrupt? 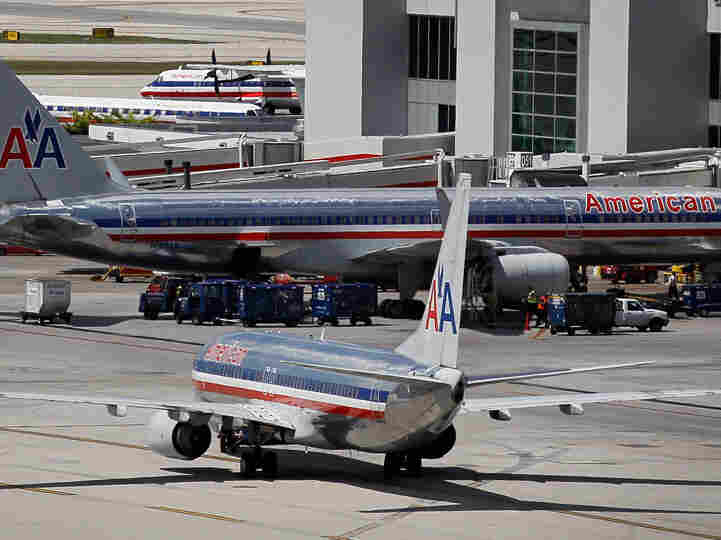 American Airlines is filing for bankruptcy protection. The airline is the last of the so-called legacy carriers, airlines that flew interstate routes before de-regulation of the industry, to reach this step. Delta, Northwest, United and US Airways all went through bankruptcy proceedings in the last 10 years.

While all airlines have faced skyrocketing fuel costs and lower demand in the last decade, the legacy carriers seem to be having the hardest time. So what's their problem? Two words — cost control. Legacy airlines costs are much higher — as much as 50 percent higher, according to economist Severin Borenstein. He is an economist at UC Berkley who has spent years studying the airline industry.

Borenstein says a big part of the reason costs for these airlines are so high is because of labor relations. It's not just about higher wages — it's because of what their contracts say workers are allowed to do.

"If you look at what low cost carriers do that is different, they get much higher productivity out of their workers," Borenstein says. "The jobs are defined more broadly. The workers tend to cover more of the work load."

AirlineForecasts analyst Vaughn Cordle says when you adjust labor costs for productivity, American Airlines is one of the worst performers. 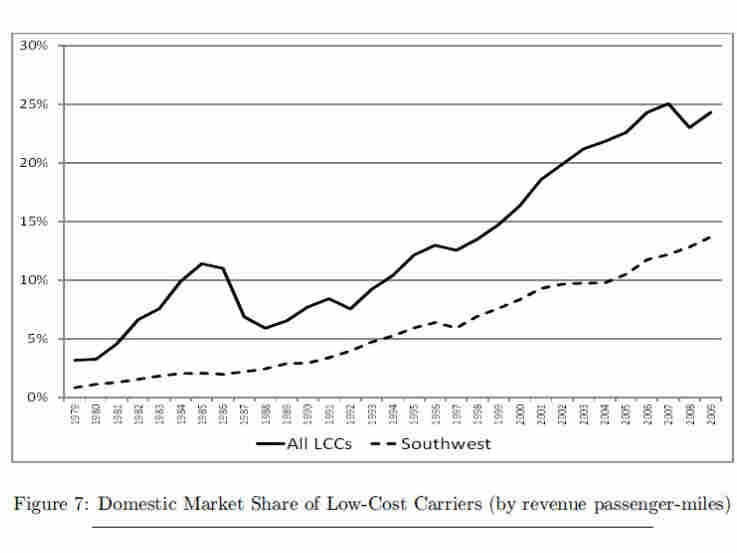 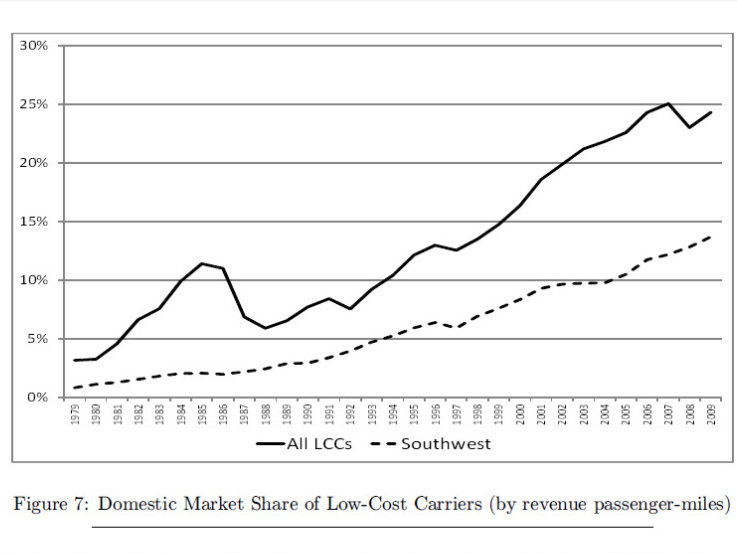 Low cost airlines have been part of the market for decades now. Southwest began flying in 1971, but for years the legacy carriers didn't really see them as a threat.

Legacy airlines, like American, dominated through the 1990s largely due to effective marketing. Borenstein says programs like corporate discounts and frequent flyer programs, pioneered by former American CEO Robert Crandall, ensured customer loyalty. Also, the legacy carriers dominated the hub airports. They were able to get space in big city airports because they operated so many flights out of them.

"They could survive that for a couple of decades because they had the marketing and dominance at these hub airports to prevent low cost carriers from expanding very much, " says Borenstein. "Part of the problem is, airlines were growing aggressively trying to grow these networks and get market share and when we get the downturns, they found themselves with way too much capacity. So when they got into a situation in 2000 and 2001 where suddenly there was way too much capacity in the market, they found themselves with much higher cost operations than the low cost carriers."

After the Sept. 11 attacks, there was a huge drop in demand for flights, and Borenstein says demand has stayed pretty much flat ever since. Meanwhile, low cost carriers have been expanding — cutting more and more into the legacy carriers' customer base by offering lower and lower ticket prices. Borenstein says lower ticket prices combined with higher costs have pushed many legacy carriers into bankruptcy.

Bankruptcy is a messy and painful process, particularly for a company's employees. But for legacy airlines like American, it might just be exactly what they need. It will allow them restructure their business and to cut costs where they need to. They'll be able to renegotiate their debts and also rewrite employee contracts. The company has been trying to reach a new contract with its pilots since 2006.

"Bankruptcies are a way for capital to reorganize in a more efficient way. It does help to move the industry to a more efficient structure where consumers get good services at reasonable prices and airlines can actually make money, " Borenstein says. "Airlines are never going to consistently make money year after year because it is an industry that is inherently volatile. But I think that as they change they will be more effectively able to overall on average make money."