Accessibility links
What Nail Polish Sales Tell Us About the Economy : Planet Money When the economy is in bad shape, women buy more nail polish. And sales are high right now.

What Nail Polish Sales Tell Us About the Economy

What Nail Polish Sales Tell Us About the Economy 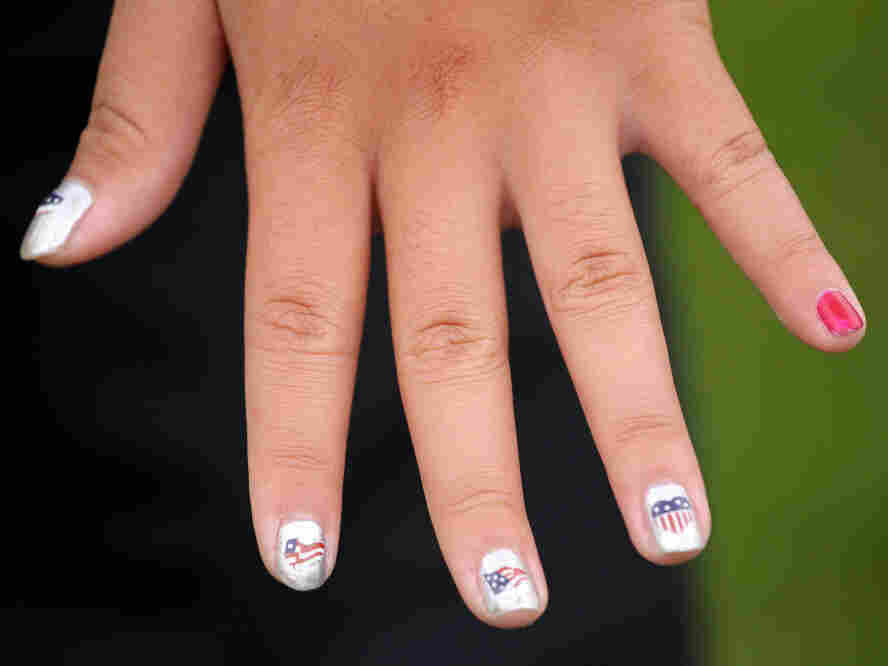 Economics is all about consumption. People either spend money now or they use financial instruments — like bonds, stocks and savings accounts — so they can spend more later. A healthy economy is largely a result of a reasonable balance between consumption today and consumption deferred, and it's pretty clear that balance has been ridiculously out of whack for a while.

Our current problem is that much of the world has shifted rapidly from consuming way more than it could afford to consuming far less. The subsequent whiplash has left many people (and, in some cases, entire countries) broke, unemployed and deeply pessimistic about the future. And while we can measure stock prices and bond rates, the key factor that determines consumption and, therefore, the health of the economy, lies in our psychology.

Economists believe that what we feel about the state of the economy is best revealed not through what we say in surveys but rather through what we buy and exactly how much of it. There's a lot of data available, though none come with a prepackaged psychological narrative attached. So analysts do the best they can, combing through our national shopping lists hoping to uncover clues. Sometimes they find remarkably helpful information in very unlikely places.

They also uncover plenty of cute facts that mean little. Consider this: 2011 was a banner year for the sale of insanely expensive fine wines at auction. Someone at a Christie's auction in Hong Kong, for example, bought 12 bottles of 1985 Romanee-Conti for a bit more than $150,000, or about $600 per sip. And the grand lesson this teaches us about the overall economy is . . . absolutely nothing. There's some meaning in this anecdote about how the superrich — especially the newly superrich in China — are doing far better than the rest of us. But that can't help us figure out if we're headed for a double dip, a stagnant decade or a sudden rebound.

To figure out what our buying behavior says about the U.S. economy's future, we have to understand what's going on in the middle class, the 50-percenters. And to figure this out, my colleagues and I at NPR's "Planet Money" went searching for as many shopping-based indicators as we could find, hoping some would unlock a hidden story about what Americans are feeling and where the country is headed.

The results were mixed, but we did uncover some ominous signs. Lipstick sales used to go up when the economy went down, perhaps because women were searching for a cheap pick-me-up or an edge in a job interview. For reasons nobody quite understands, the lipstick indicator doesn't hold up anymore, though nail-polish sales now seem to reflect the economy very clearly (albeit inversely). A rise in nail-polish sales indicates that we're searching for bargain luxuries as the economy craters — and sales of nail polish are way up right now. Women's underwear sales are down, which historically suggests intense frugality and more rough times ahead.

But we were encouraged by the number of optimistic indicators we uncovered. There is good news in cemetery-plot sales. They seem to have peaked a couple years ago when desperate families were unloading unused holes in the ground (though cremation numbers are rising). Sales of cardboard boxes, because everything from electronics to clothing is packaged in them, should also be a strong indicator of economic rejuvenation. (Current production — enough to paper over the entire state of Maryland — portends recovery.) Sales of men's underwear, one of Alan Greenspan's favorite metrics for predicting growth, are also up. Sales of cheap spirits, which soared during the worst of the recession (people need an affordable way to self-medicate), have now stabilized, meaning, at the very least, people can now afford better liquor.

Of all the indicators we looked at, one of the most consistently accurate was Champagne sales. The amount of French Champagne that Americans consume has predicted — with nearly 90 percent accuracy — the average American income one year later. Apparently, when we pop a Champagne cork, we know that good times are ahead (see chart). Champagne sales hurtled upward twice in recent history — at the peak of the Internet bubble in 1999 and during the heyday of the housing bubble in 2007. These were both followed by slowdowns as fewer people found reason to celebrate.

There are so many indicators to choose from that you could glean just about anything regarding our economic future. In fact, the most telling indicator appears to be the sheer number of indicators themselves. Americans now have so many seductive things they can buy that there are ample consumer options no matter what we feel. Partly as a result, savings — known in economics as deferred consumption — have fallen steadily for more than 30 years, from a high of nearly 12 percent of income. It kissed zero before a tiny uptick in the past couple years.

The decline of the savings rate is particularly troubling because it is consistent through busts and booms. During the fast growth of the late 1990s and mid-2000s, and the dark times that followed, people have been choosing to spend more and save less than ever before. Paradoxically, this happened just as pensions have been disappearing and life spans have been increasing. It suggests that Americans are so caught up in every short-term enthusiasm or agony that they haven't thought enough about long-term fiscal health.

When the dust clears from the current crisis in a year or 2 or 10, it will probably become obvious that the recent decades were a giddy consumption mirage fueled, in part, by free-flowing foreign debt. The world won't lend the United States money for nothing forever (though, downgrade aside, nobody has told the world that yet), and the country can't keep buying a lot more from everyone else than it is able to sell them. America will, most likely, need to find a more normal, sustainable level of consumption, and that's exactly the problem. We don't know what normal consumption looks like. Over much of the last few decades, we gave in to every shopping whim, with little thought to the future, except for those times we were so dispirited, we wouldn't spend at all. What does a reasonable balance between consumption now and consumption deferred actually look like? That's what we need to figure out.