Accessibility links
A Man. A Van. A Surprising Business Plan. : Planet Money Adam Humphries had a problem. He needed a Chinese visa to travel on vacation, but he had all the wrong forms. His confusion led to an amazing business idea. He now parks a van in front of the Chinese consulate in New York and works as a visa consultant for befuddled travelers like him. 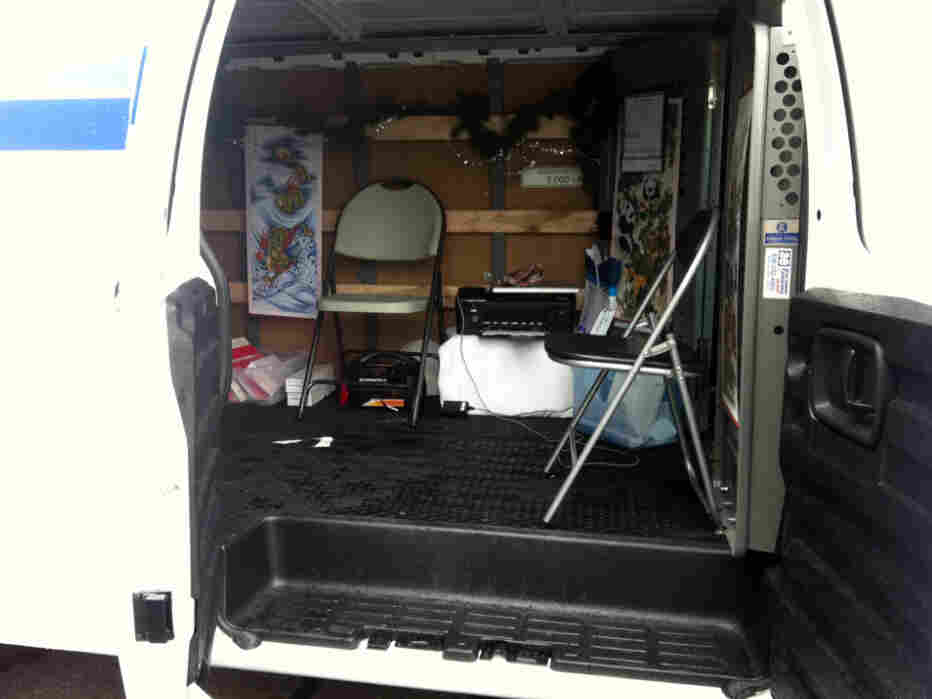 We've all been there. Trapped in line at the DMV. Or stuck on hold while trying to call a city agency. It's easy to complain about government bureaucracy. But it's the rare person who sees such inefficiency as a business opportunity.

Meet Adam Humphreys. He lives in New York City, and he wanted to travel to China for a vacation. His bureaucratic hassles with the Chinese consulate launched a whole new business.

It started simply enough. Adam found out he needed a visa to travel to China. He went online. Filled out a long, complicated form. And Adam showed up at the Chinese Consulate only to find out that he had filled out the wrong form.

"Do you have a printer I can use?" he tried.

"At the Burger King."

Apparently there is an Internet cafe a half-mile away from the consulate in the dining room of a Burger King.

So Adam walked over.

"And I saw inside the Burger King," he says, "that every single one of their computers was dedicated to the same Chinese PDF."

Everyone, it seemed, was facing the same problem he was. And this is when Adam Humphreys had his big idea. He called his buddy Steven Nelson. And they rented a van.

And they parked it in front of the Chinese consulate. Right in front of the exit door, where frustrated visa applicants wandered out into the sunshine wondering what to do. These lost souls, like Adam a few days earlier, would now be greeted by a sign on the van: Lucky Dragon Mobile Visa Consultants. 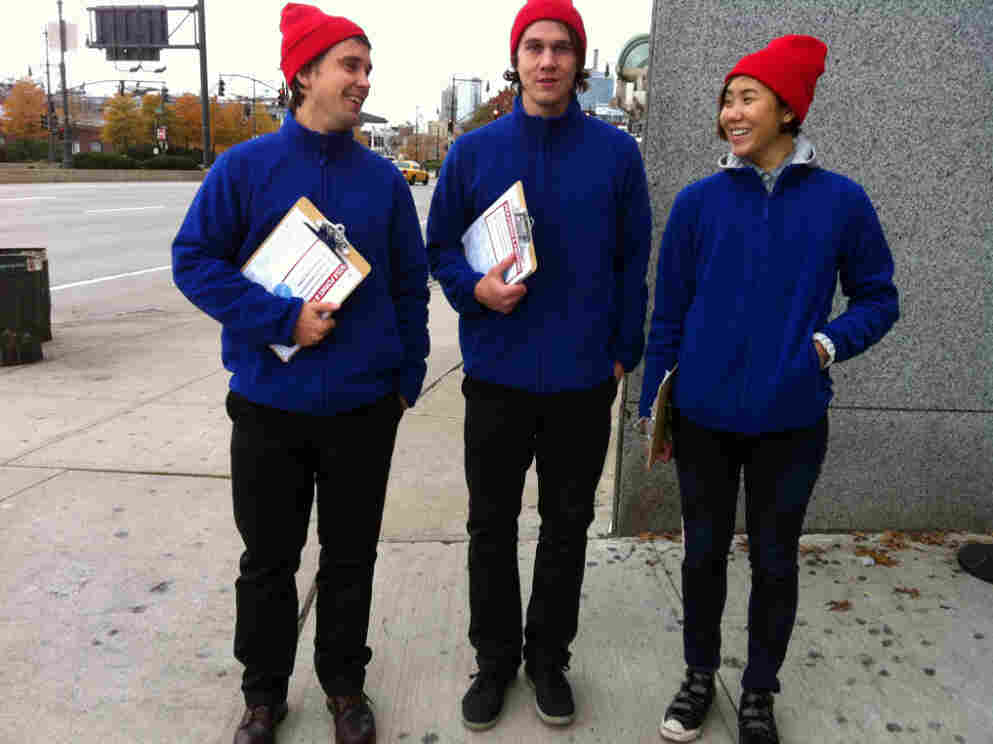 Inside, Adam had tricked out the van to be a mobile solution to Chinese bureaucracy. There are a couple of Mac laptops and a printer, plus an old couch, Christmas lights and bamboo mats. It's as cozy as a dorm room. And confused visa applicants line up outside.

"The embassy changed the form and I didn't know," says Jimmy Tong, who needed a passport for his wife. "Luckily this guy was here to help."

At first Tong was a little unsure about getting into a rental van parked along a busy highway, but he took the chance.

In minutes, Tong has his proper forms, all filled out, with the correct photo stapled at the top.

And it's clear that Adam Humphreys and Steven Nelson have stumbled on a viable business. In a van. On the street.

Which was strange for the two. They were both freelance artists. They never thought about being entrepreneurs. And they had the most basic questions about business. What do you charge for a service that you just made up?

They thought about the Internet cafe at the Burger King. Those guys charged between $10 and $20. So at first Adam and Steve started charging $10.

They were overrun with customers. So they jacked the price up to $40, but then they lost too many people. So they dropped the price, and gave themselves a promotion. They called themselves consultants.

They settled on the flat rate of $20 a person. Buddhist monks get a $5 discount to keep the karma flowing.

The two now take credit cards. They have a small-business license. They hired two fluent Mandarin speakers. And they even put on uniforms: blue pullover fleeces that give the van an Apple Store vibe.

Adam says he can make almost $500 a day, but he's a little cagey about giving up the exact details of what they are raking in. They are afraid someone else will park a cargo van with a printer alongside them and start a price war.

As any entrepreneur with a brilliant idea knows, you only have a little time before the market catches up with you. Before that happens, Adam and Steven want to expand into a retail space. Or, at the very least, a bigger vehicle. Like an RV.