Accessibility links
The History Of Factory Jobs In America, In One Town : Planet Money Greenville County in South Carolina is where manufacturing's past and future live side by side. In South Carolina, and throughout America, factories produce more than ever. Yet in Greenville, there are abandoned textile mills everywhere you look. 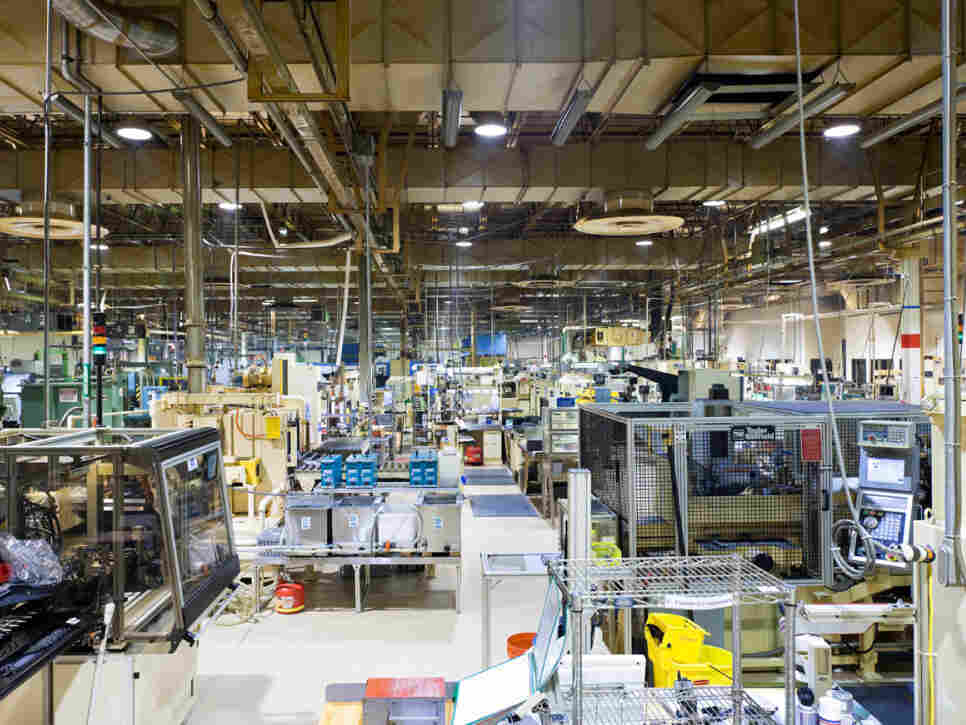 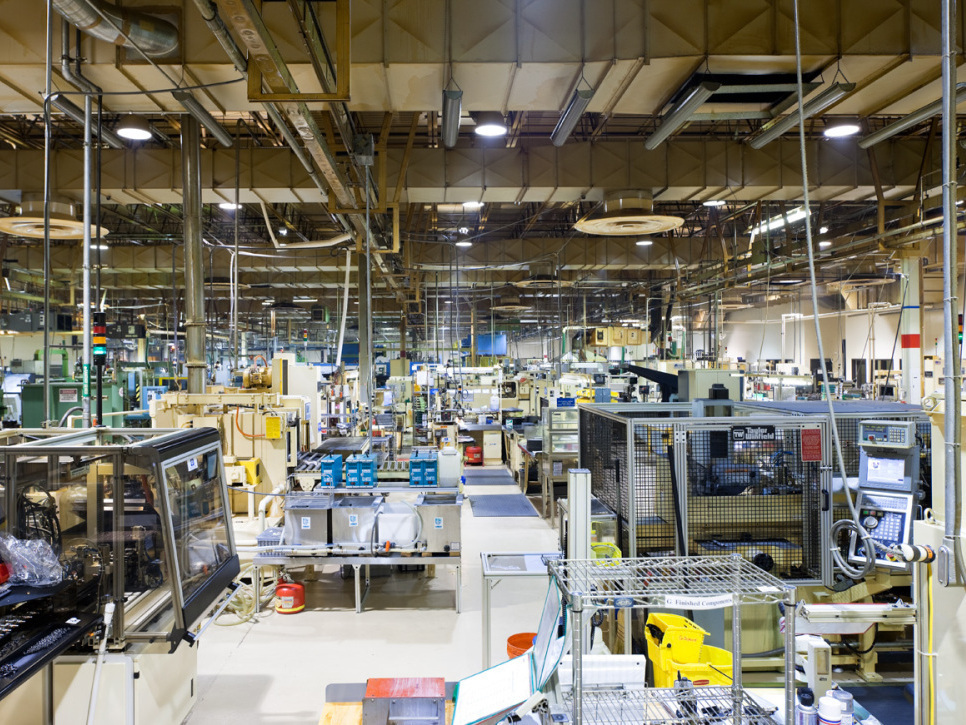 For more, see Adam Davidson's cover story in this month's issue of The Atlantic.

Greenville County in South Carolina is where manufacturing's past and future live side by side. This is not a metaphor; it's a visible fact. In South Carolina, and throughout America, factories produce more than ever. Yet in Greenville, there are abandoned textile mills everywhere you look.

A decade ago, life in Greenville was organized around the mills. Each mill had its own village, its own church, its own bar. These places were abandoned over the past decade as mill after mill went out of business. What's left are deeply depressed near-ghost towns. But sometimes, amid the stretches of shuttered buildings, you can find a living relic.

A bar called Christine's Place — the sign says "Come to the holler for a cold swaller" — is still open. A few white-haired regulars are nursing drinks at the bar.

In the old Greenville, they say, the mills ran three shifts a day, and Christine's was packed morning, noon and night.

"You could just make money," Terry Leah Suttles, the bar's owner, says. "You could get a job. Everybody knew somebody that worked in the mill, and usually they was hiring. ... I wasn't really old enough to work, but I went to work. I was about 16."

Suttles, like many people in Greenville, dropped out of high school to start work.

This is what made life in the old Greenville so rewarding. People with minimal education could work in a factory and support a lifestyle that their grandparents could only dream of. And the people here — they knew it.

"We've had a fantasy life," says Larry Hale. He worked in the old Greenville, driving a truck and hauling stuff made in Greenville all over the continent. "We've done things that a lot of people dream of doing ... like when I went to Canada and started dating this hairstylist. ...We lived our lives to the fullest."

Compare this fantasy life to the present. There are still factories in Greenville, and they still employ workers with only a high school education. But as I found out, those workers feel far less certain about their job prospects.

I visited the factory floor of Standard Motor Products. The company makes replacement parts for car engines. I thought this would involve big, noisy machines stamping out parts and spewing oil. Instead I saw workers hunched over microscopes. It looked more like a science lab than an assembly line.

Madeline "Maddie" Parlier operates one of the machines on the floor. She doesn't have a college degree, and she doesn't need one to operate her machine. It runs with a push of a button. But she remembers a time when factory work wasn't quite so automated. In her old job at a kayak factory, she used to work up a sweat.

"I'm used to sweating — I mean really sweating," she says. "It's so different."

Machines do so much more of the work in today's factory. And the machines have bred a new kind of factory worker — workers like Ralph Young, who doesn't just have to push a button.

"We have a microscope, a hot stand, snap gauges, ID gauges," Young says. "We use bore mics, go-no-go plugs."

Ralph is the future of manufacturing. He has adapted to the new technology on the factory floor. But for Maddie, the pace of change has been bewildering. She is still adjusting, and she will have to keep adjusting as the machines grow more sophisticated and the work less physical.

The question is, can Maddie — and the 11 million other manufacturing workers in the U.S. — keep up?

This is the first part of a two-part series. Tomorrow, we'll look at the changing demands of the modern factory worker, and how they affect the job prospects of workers like Maddie.