Accessibility links
The Secret Document That Transformed China : Planet Money In 1978, the farmers in a small Chinese village signed a secret contract. They thought it might get them executed. Instead, it wound up transforming China's economy. 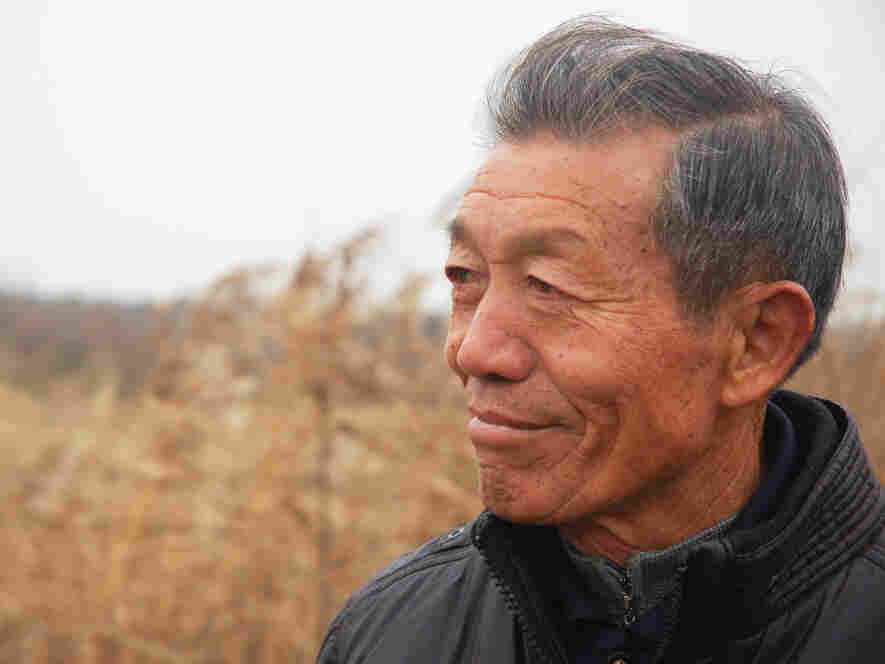 Yen Jingchang was one of the signers of the secret document. Jacob Goldstein/NPR hide caption

In 1978, the farmers in a small Chinese village called Xiaogang gathered in a mud hut to sign a secret contract. They thought it might get them executed. Instead, it wound up transforming China's economy in ways that are still reverberating today.

The contract was so risky — and such a big deal — because it was created at the height of communism in China. Everyone worked on the village's collective farm; there was no personal property.

"Back then, even one straw belonged to the group," says Yen Jingchang, who was a farmer in Xiaogang in 1978. "No one owned anything."

At one meeting with communist party officials, a farmer asked: "What about the teeth in my head? Do I own those?" Answer: No. Your teeth belong to the collective.

In theory, the government would take what the collective grew, and would also distribute food to each family. There was no incentive to work hard — to go out to the fields early, to put in extra effort, Yen Jingchang says.

"Work hard, don't work hard — everyone gets the same," he says. "So people don't want to work."

In Xiaogang there was never enough food, and the farmers often had to go to other villages to beg. Their children were going hungry. They were desperate.

So, in the winter of 1978, after another terrible harvest, they came up with an idea: Rather than farm as a collective, each family would get to farm its own plot of land. If a family grew a lot of food, that family could keep some of the harvest.

This is an old idea, of course. But in communist China of 1978, it was so dangerous that the farmers had to gather in secret to discuss it.

One evening, they snuck in one by one to a farmer's home. Like all of the houses in the village, it had dirt floors, mud walls and a straw roof. No plumbing, no electricity.

"Most people said 'Yes, we want do it,' " says Yen Hongchang, another farmer who was there. "But there were others who said 'I dont think this will work — this is like high voltage wire.' Back then, farmers had never seen electricity, but they'd heard about it. They knew if you touched it, you would die."

Despite the risks, they decided they had to try this experiment — and to write it down as a formal contract, so everyone would be bound to it. By the light of an oil lamp, Yen Hongchang wrote out the contract.

The farmers agreed to divide up the land among the families. Each family agreed to turn over some of what they grew to the government, and to the collective. And, crucially, the farmers agreed that families that grew enough food would get to keep some for themselves.

The contract also recognized the risks the farmers were taking. If any of the farmers were sent to prison or executed, it said, the others in the group would care for their children until age 18.

The farmers tried to keep the contract secret — Yen Hongchang hid it inside a piece of bamboo in the roof of his house — but when they returned to the fields, everything was different.

"We all secretly competed," says Yen Jingchang. "Everyone wanted to produce more than the next person."

It was the same land, the same tools and the same people. Yet just by changing the economic rules — by saying, you get to keep some of what you grow — everything changed.

At the end of the season, they had an enormous harvest: more, Yen Hongchang says, than in the previous five years combined.

That huge harvest gave them away. Local officials figured out that the farmers had divided up the land, and word of what had happened in Xiaogang made its way up the Communist Party chain of command.

At one point, Yen Hongchang was hauled in to the local Communist Party office. The officials swore at him, treated him like he was on death row.

But fortunately for Mr. Yen and the other farmers, at this moment in history, there were powerful people in the Communist Party who wanted to change China's economy. Deng Xiaoping, the Chinese leader who would go on to create China's modern economy, was just coming to power.

So instead of executing the Xiaogang farmers, the Chinese leaders ultimately decided to hold them up as a model.

Within a few years, farms all over China adopted the principles in that secret document. People could own what they grew. The government launched other economic reforms, and China's economy started to grow like crazy. Since 1978, something like 500 million people have risen out of poverty in China.

Today, the Chinese government is clearly proud of what happened in Xiaogang. That contract is now in a museum. And the village has become this origin story that kids in China learn about in school.

But the rest of the story for the original Xiaogang farmers is more ambiguous.

Our first day in Xiaogang, we asked to talk to Yen Hongchang, the farmer who actually wrote the contract. The local Communist Party officials told us he was out of town.

It turns out that wasn't true: We went back to Xiaogang the next day and tracked Yen Hongchang down. He told us he had been in town the day before.

Yen Hongchang told us he started a couple businesses over the years, but the local communist party took them away once they became profitable. He also said that the new new factories springing up around Xiaogang these days are largely empty, and haven't created many jobs.

Local officials say none of this is true. They say everything in Xiaogang is going great.