Accessibility links
Will Taxpayers Be On The Hook For American Airlines' Pensions? : Planet Money The bankrupt airline wants a federal agency to assume responsibility for its pension promises.

Will Taxpayers Be On The Hook For American Airlines' Pensions?

Will Taxpayers Be On The Hook For American Airlines' Pensions? 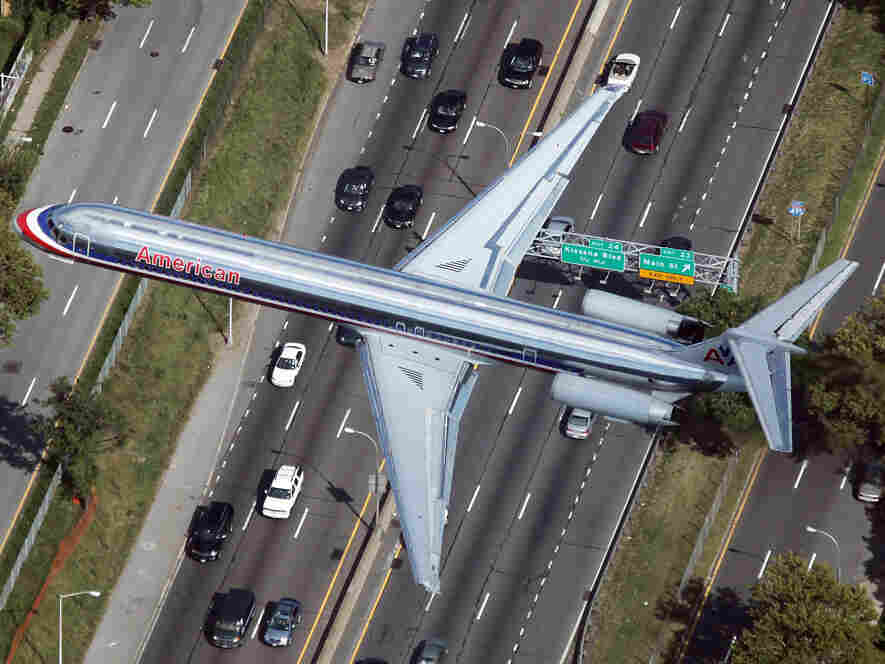 American Airlines filed for bankruptcy in November. The company needs $18.5 billion to cover its pension promises to current and former employees, but it has only set aside $8.3 billion.

Taxpayers could wind up on the hook for billions. Here's why.

American Airlines is asking the bankruptcy court for permission to drop its pension plans. If the court allows that, the plans will be taken over by the Pension Benefit Guaranty Corp, a government agency that takes over pension plans for failed companies.

The PBGC works like an insurance company. Firms that are backed by the PBGC pay premiums to the agency. Those premiums are supposed to pay for the agency's costs, so taxpayers don't have to pay. But in recent years the premiums haven't been enough — the agency's funding shortfall is currently $26 billion.

President Obama has proposed raising the premiums companies pay to PBGC, to make up the shortfall. But big business groups oppose any increase.

The PBGC, for its part, is pushing back against American's request. Here's a statement from PBGC Director Josh Gotbaum:

"Before American takes such a drastic action as killing the pension plans of 130,000 employees and retirees, it needs to show there is no better alternative. Thus far, they have failed to provide even the most basic information to decide that."

Gotbaum points out that both Northwest and Continental kept their pension plans going after bankruptcy. But not every bankrupt airline has done so.