Accessibility links
What Do The Dow's Daily Swings Mean? Not Much. : Planet Money Even the guy in charge of the Dow doesn't check it every day. Yet we're constantly bombarded by news of the Dow's daily movements. 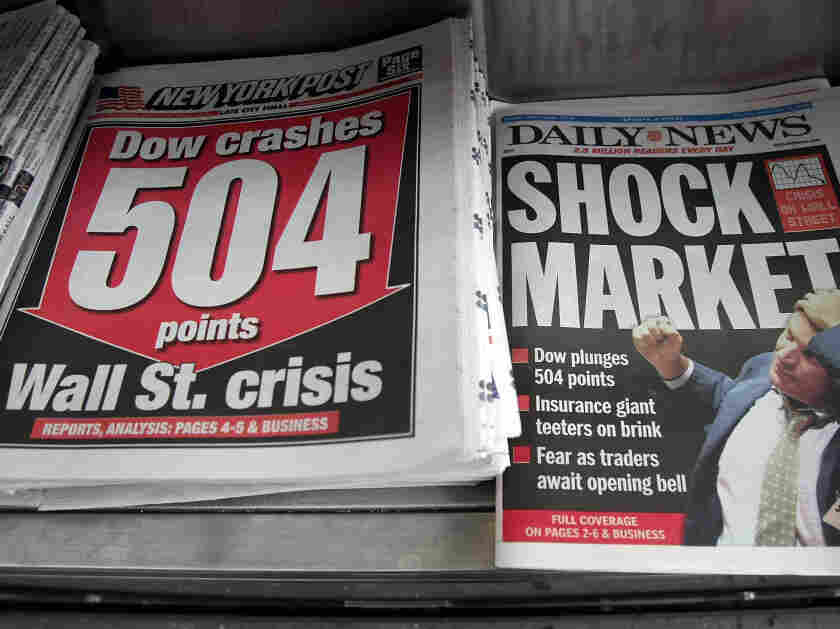 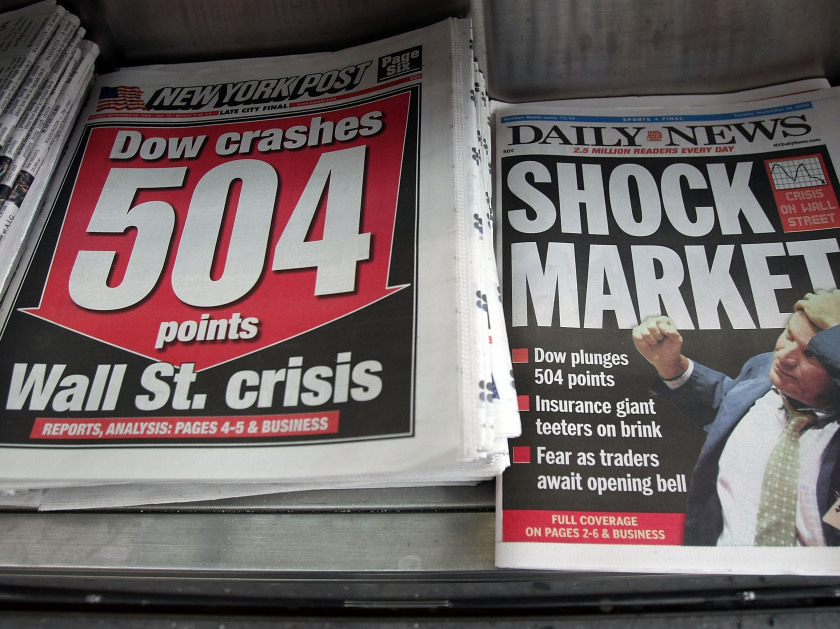 Turn on the news on any given day, and you're likely to hear about the Dow Jones industrial average. It is the most frequently checked, and cited, proxy of U.S. economic health. But a lot of people — maybe most — don't even know what it is. It's just the stock prices of 30 big companies, summed up and roughly averaged. That's it.

And what does the daily movement of this number have to do with the lives of most Americans? Not much.

Prestbo doesn't even check the Dow every day.

He says the Dow Jones average is great for a very specific purpose: to get a long-term sense of how the leading U.S. companies are doing. But its moment-by-moment, even day-by-day movements are meaningless. It wasn't designed to be used that way.

In fact, Charles Dow, who created the Dow Jones average in 1896, didn't bother to comment on his own metric more than once a month.

So what happened? How did we develop this 24-hour fixation on the Dow? Blame the Panic of 1907.

This was a severe recession. Banks were collapsing. Everyone was trying to make sense of a disastrous economy. They wanted some handy metric that could tell what each day's news meant.

"So they looked around," Prestbo says, "and they found the Dow Jones industrial average. It took on a life of its own, shall we say."

Newspapers started referring to it. Then, during the Great Depression, it became a daily requirement.

Now, of course, we can follow it every second of the day. We are confused and want to know what the latest scary or hopeful economic news means. So, we look around, and there's still this one thing available. It always has an answer for us, even if the answer doesn't actually mean anything.