Accessibility links
The Undertaker Who Helps Big Banks Write Death Plans : Planet Money Dolores Atallo helps banks plan how they could go out of business without wrecking the economy. "You're technically writing your own funeral, down to the color of the flowers," she says. 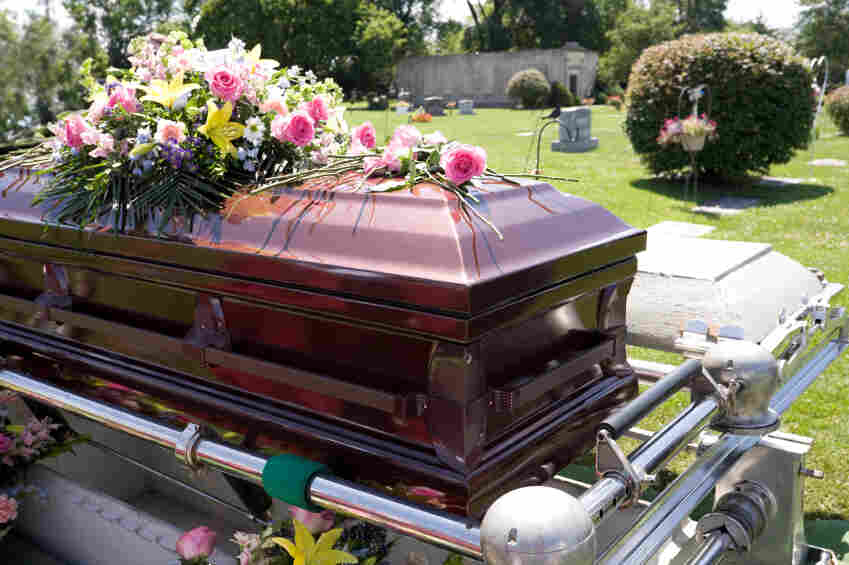 The nation's big banks are writing death plans — living wills that spell out how, in a future crisis, they could be safely dismantled. The idea is that the death plans will help avoid another government bailout of the banks.

"You're technically writing your own funeral, down to the color of the flowers" says Dolores Atallo.

Atallo is part of the living wills team at the consulting firm Deloitte. She shows up to our interview wearing all black, and jokes that she moonlights as an undertaker.

"The regulators are your funeral directors," she says. "They tell you how you're going to be unwound and then they stand over there and say, 'I'm very sorry for your loss.' "

Each bank is now responsible for proving — in detail — that in a crisis situation it could fail without bringing down the financial system. In the case of giant banks, this is ridiculously complicated.

"It's like looking at a bowl of spaghetti and saying, 'Do you know how many strings of pasta are in this bowl?' " Atallo says. "And that's a question the banks need to be able to answer."

That's just the bank side. Now imagine you are the relatively small government agency that will have to actually execute that living will. Sell the bank's assets. Close it down. Insure the depositors.

I watched one living wills meeting at the Federal Deposit Insurance Corporation where more than 20 people spent at least 15 minutes just discussing this one question: If the government took over a huge bank to wind down operations, who would be in charge?

It is reasonable to assume that these living will documents will never actually be used. When it comes down to the wire, the government will bail out the big banks. The government will once again make an exception.

Even if that's true though, Dolores Atallo says planning for death is an incredibly useful exercise. You learn things. You find things in the basement that have no business being there.

"There are legal entities that exist for no reason at financial institutions because they existed for a purpose that people forgot about and its on the books," she says.

At the very least, planning for the end is an interesting thought experiment. An enormous institution can take a good look at itself and ask: Do things really need to be this way? Thinking about death sometimes changes the way you decide to live.