Accessibility links
How U.S. Families Outsourced Chores : Planet Money Family life in America has radically changed in recent decades, as we outsourced household chores like cooking and sewing to specialists around the world. 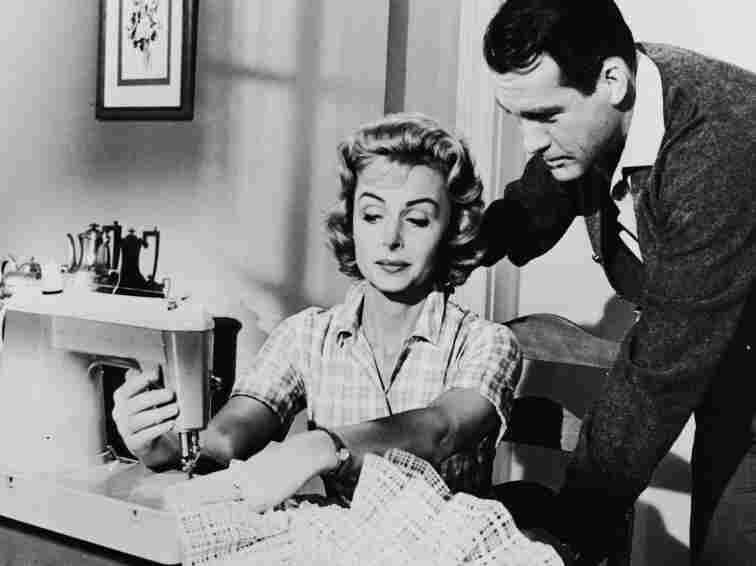 In his latest column, Adam Davidson argues that Chris Woerhle, an artisanal beef jerky-maker, represents a new era of American manufacturing, one in which artisanal craftsmen will thrive. It will also have far-reaching impacts on our personal lives, as Justin Wolfers and Betsey Stevenson of the University of Pennsylvania explain in the following guest post.

Chris Woehrle's story is familiar to economists. Commercial success for him came with narrow specialization in hand-crafted, all-natural beef jerky. This type of specialization, first articulated by Adam Smith, has reshaped every facet of modern life — not only our work lives, but our family lives as well.

Consider a married couple in the 1950s. The roles of husband and wife were as separate and specialized as those of the various food specialists in Brooklyn. Moms were homemakers. Dads were breadwinners. Even in shared tasks, like raising children, the roles were specialized. Moms nurtured; dads disciplined. The domains of husband and wife were completely separate. Indeed, it's a wonder that couples had anything to talk about at the end of the day.

But married life today is completely different. Men and women take similar roles in the workforce. They both cook and clean and unload the dishwasher. They both nurture and discipline their children. The role of the household specialist has virtually disappeared.

Sure, very few wives sew these days, but all households still employ a specialist to sew — it's just that the sewing specialist is a garment-worker in China. And yes, both husbands and wives cook, but really, let's not overstate it — most of us are just re-heating. The real culinary skills have been outsourced to specialists: the food laboratories that make pastas, sauces, soups and stews.

We all know how to set off a dishwasher or washing machine cycle, but we're relying on the expertise of German engineers to get the job done. And the MIT-educated engineer who designed the Roomba robot is responsible for our clean floors.

The point is, our roles at home, like our roles at work, are being fundamentally changed by the very forces Adam Smith identified over two hundred years ago.

And this is where the Brooklyn jerky specialist comes in. He's actually making a product that homemakers once made themselves. We've become so much more productive in our specialized roles in the workforce that we can't afford the time to make our own jerky. That is, we've become specialists at making things that aren't beef jerky. And that provides the opportunity for a whole new industry to thrive — the all-natural jerky specialist.