Accessibility links
Why Are Harvard Grads in the Mailroom? : Planet Money There are a number of professions in which workers are paid with a figurative lottery ticket.

Why Are Harvard Grads in the Mailroom?

Why Are Harvard Grads in the Mailroom? 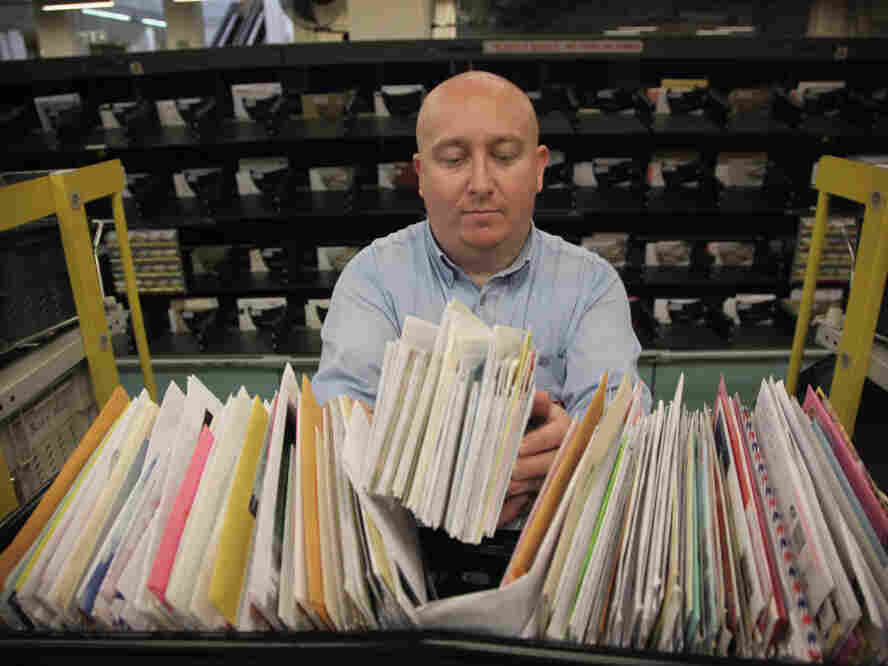 In their book "Freakonomics," Stephen J. Dubner and Steven D. Levitt explain, among other things, the odd economic behavior that guides many drug dealers. In one gang they described, the typical street-corner guy made less than minimum wage but still worked extremely hard in hopes of some day becoming one of the few wildly rich kingpins. This behavior isn't isolated to illegal activity. There are a number of professions in which workers are paid, in part, with a figurative lottery ticket. The worker accepts a lower-paying job in exchange for a slim but real chance of a large, future payday.

This more or less explains Hollywood. Yes, the Oscars may be an absurd spectacle of remarkably successful people congratulating themselves for work that barely nudges at the borders of meaningful human achievement. But it's also a celebration of a form of meritocratic capitalism. I'm not talking about the fortunes lavished on extremely good looking people; no, I mean the economic system that compels lots of young people to work extremely hard for little pay so that it's possible to lavish fortune on the good-looking people. That's the spirit of meritocratic capitalism!

Hollywood is, in some ways, the model lottery industry. For most companies in the business, it doesn't make economic sense to, as Google does, put promising young applicants through a series of tests and then hire only the small number who pass. Instead, it's cheaper for talent agencies and studios to hire a lot of young workers and run them through a few years of low-paying drudgery. (Actors are another story altogether. Many never get steady jobs in the first place.) This occupational centrifuge allows workers to effectively sort themselves out based on skill and drive. Over time, some will lose their commitment; others will realize that they don't have the right talent set; others will find that they're better at something else.

When it's time to choose who gets the top job or becomes partner, managers subsequently have a lot more information to work with. In the meantime, companies also get the benefit of several years of hard work from determined young people at below-market pay. (Warner Brothers pays its mailroom clerks $25,000 to $30,000, a little more than an apprentice plumber.) While far from perfect, this strategy has done a pretty decent job of pushing those with real promise to the top. Barry Diller and David Geffen each started his career in the William Morris mailroom.

Hollywood is merely the most glamorous industry that puts new entrants — whether they're in the mailroom, picking up dry cleaning for a studio head or waiting on tables between open-call auditions — through a lottery system. Even glamour-free industries offer economic-lottery systems. Young, ambitious accountants who toil away at a Big Four firm may have modest expectations of glory, but they'll be millionaires if they make partner. The same goes at law firms, ad agencies and consulting firms. Startups explicitly use a lottery system, known as stock options, to entice young people to work for nothing. Wall Street, however, is a special case. It offers extremely high entry salaries and enormous potential earnings.

Even professions that can't offer as much in the way of riches operate as a lottery system. Academia, nonprofit groups, book publishers and public-radio production companies also put their new recruits through various forms of low-paid hazing, holding out the promise of, well, more low pay but in a job that provides, for some, something more important than money: satisfaction. In the language of economics, these people are consuming their potential wages in happiness. (Honestly, economists talk this way.)

This system is unfair and arbitrary and often takes advantage of many people who don't really have a shot at the big prize. But it is far preferable to the parts of our economy where there are no big prizes waiting. That mailroom clerk at Warner Brothers may make less than a post office clerk (maybe even half as much), but the latter has less chance of a significant promotion. Workers in retail sales, clerical settings, low-skill manufacturing and other fields tend to have loose, uncommitted bonds to their industries, and their employers have even looser commitments to them. These jobs don't offer a bright future precisely because they don't require a huge amount of skill, and therefore there's no need to do much merit-sorting.

But part of the American post-World War II economic miracle was that most people didn't have to choose between a high-stakes-lottery job or a lousy dead-end one. Steelworkers, midlevel corporate executives, shopkeepers and plumbers were all able to make a decent amount from the start of their careers with steady, but never spectacular, raises throughout. These two tiers actually supported each other. Strivers were able to dream bigger because they had a solid Plan B. New York City and Los Angeles are buoyed by teachers, store owners, arts administrators and others who came to town to make it big in film or music or publishing, eventually gave up on that dream and ended up doing fine in another field.

Now, many economists fear that the comfortable Plan B jobs are disappearing. Technology and cheaper goods from overseas have replaced many of the not-especially-creative professions. A tax accountant loses clients to TurboTax; many graphic designers have been replaced by Photoshop; and the small shopkeeper by Home Depot, Walmart or Duane Reade. Though a lottery economy is valuable to various industries, the thought of an entire lottery-based economy, in which a few people win big while the rest are forced to toil in an uncertain and not terribly remunerative dead-end labor pool, is unfair and politically scary. If large numbers of people believe they have no shot at a better life in the future, they will work less hard and generate fewer new ideas and businesses. The economy, as a whole, will be poorer.

It's not clear what today's eager 23-year-old will do in 5 or 10 years when she decides that acting (or that accounting partnership) isn't going to work out after all. The best advice may be to accept that economic success in America will come as much from the labor lottery as from hard work and tenacity. The Oscars make clear that there is only so much room at the top. In a lottery-based economy, you need some luck, too; now, perhaps, more than ever. People should be prepared to enter a few different lotteries, because the new Plan B is just going to be another long shot in a different field. The role model of our time should be an actress who was never nominated for an Oscar. Hedy Lamarr did well enough on the screen but, just in case, she spent her free time developing something called frequency-hopping spread-spectrum. It's a wireless-communication technique still in use in Bluetooth and Wi-Fi. Not bad for a fallback.