Accessibility links
The Porcupine Black Market Comes To Pennsylvania : Planet Money The unexpected consequences of the state's new porcupine hunting season: "There has been some indication of interest from certain black markets for the sale of porcupine meat and parts." 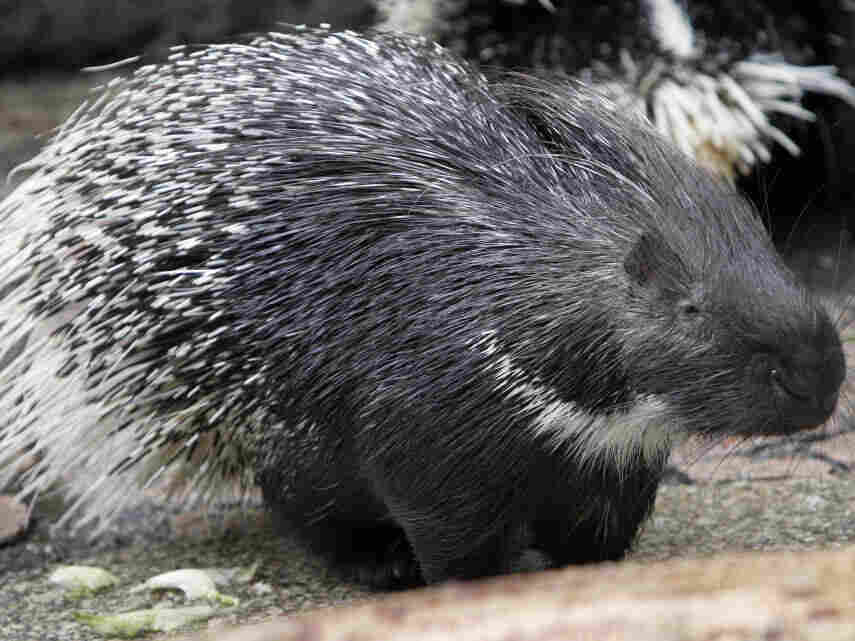 "If you're familiar with porcupines, they can cause an enormous amount of damage to a rural home," Jerry Feaser told me. "They literally chew through things."

Feaser works for the Pennsylvania Game Commission, which has lately been wrestling with porcupine trouble. State law lets homeowners kill animals that are causing damage to homes — provided the animals are caught in the act.

"The problem is that porcupines are nocturnal, and the [low] likelihood that someone is actually going to catch them in the act is an obstacle," Feaser told me.

So last year, the commission created a hunting season on porcupines. They figured this would give homeowners an opportunity to kill porcupines that were causing trouble, even if they couldn't catch them red handed (red-quilled?).

Then the invisible hand of the porcupine black market reached into rural Pennsylvania.

"There has been some indication of interest from certain black markets for the sale of porcupine meat and parts," Feaser says.

He's a bit cagey about the details. He uses phrases like "special investigative unit" and "credible information" and — crucially — "people looking for transactions that would be illegal related to edible and inedible parts of porcupines."

The Game Commission president told the Philly Inquirer that "research shows a market for meat in the Far East," by which he presumably meant Southeast Asia, not South Jersey.

This, of course, was an unintended consequence of the porcupine hunting season. Getting rid of pests was the idea, not becoming a global hotspot in the bushmeat black market.

So earlier this year, the commission outlawed killing porcupines on an industrial scale. There's still a porcupine season in Pennsylvania. But under the new rules, hunters will be allowed a maximum of three porcupines a day, and 10 porcupines a season.