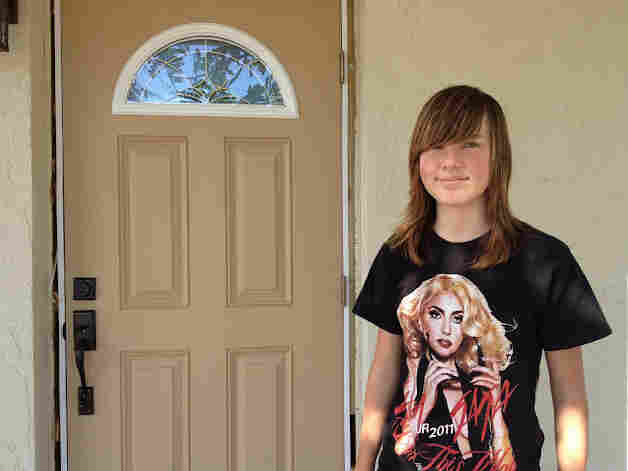 In 2005, when Willow was 7, the housing market was booming. Home prices in some Florida neighborhoods nearly doubled from one month to the next. Her family moved into a big house; her mom became a real estate agent.

But as Willow moved from childhood to adolescence, the market turned, and the neighborhood emptied out. "Everyone is getting foreclosed on here," she says.

After the collapse, Willow's mom started working with investors who wanted to bid on cheap, foreclosed homes. Sometimes Willow tagged along.

One day, she went to a house that an investor wanted to flip. "It was filled with all kinds of stuff!" Willow says. "I was like, 'I can sell this stuff if he'd want to let me have it.' "

That was fine with the investor. So Willow sold the furniture and appliances from the house on Craigslist. She did the same thing with a bunch more houses. After a while, she was clearing about $500 a month, and saving a lot of it.

One day, Willow's mom, Shannon, saw a two-bedroom, concrete-block home on auction for $12,000 — down from $100,000 at the peak of the bubble. Shannon was telling her husband about the house, when Willow piped up.

Willow wound up splitting the house with her mom. Willow plans to buy her mom out in the next few years, and put her name on the title when she turns 18.

The place was a mess when they bought it — "like there was a riot or something," Willow says.

They cleaned it up and rented it out to a young couple for $700 a month.

As I was working on this story, I kept thinking that when a 14-year-old kid can buy a house, the market must have hit bottom. I kept saying this to Willow, and she'd sort of vaguely nod.

But it's hard for Willow to see herself as symbolic of anything. To a 14-year-old kid in Florida, the housing collapse is basically the only world she's known. It's the landscape. It's a Craigslist hobby.

She's thinking she may save up for a second home. 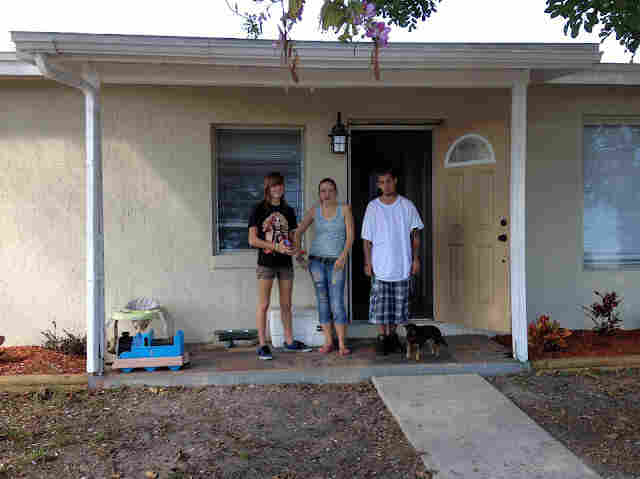 Willow and her tenants, in front of the house Willow bought with her mother. Chana Joffe-Walt/NPR hide caption