Accessibility links
From Abe Lincoln To Donald Duck: History Of The Income Tax : Planet Money The story of how the U.S. wound up with the income tax is the story of two wars, a Supreme Court justice on his death bed, and Donald Duck.

The story of how the U.S. wound up with the income tax is the story of two wars, a Supreme Court justice on his death bed, and Donald Duck.

It's also the story of how the government overcame three obstacles.

How do you make sure people pay?

Before the Civil War, the government received most of it revenue through tariffs — taxing goods as they came into the ports. This had its limits, though.

"Tariff duties are a great way to raise money as long as [you're] not fighting a war," says Joe Thorndike, co-author of the book War and Taxes.

In the 19th century, war meant blockaded ports, sunk ships — and almost no revenue from tariffs.

So during the Civil War, Congress decided it had to try an income tax. It devised a really clever plan to get people to pay. It made the tax returns public.

"Your neighbor would see you driving around on a brand new plow and he'd say, 'Wait a minute,' " Thorndike says. " 'I'm going to see how much he reported on his income tax.' "

Even the president's tax returns were public. Here is a tax assessor's list from 1864. Note the entry for "Lincoln Abraham" right there below "Linney Edward." 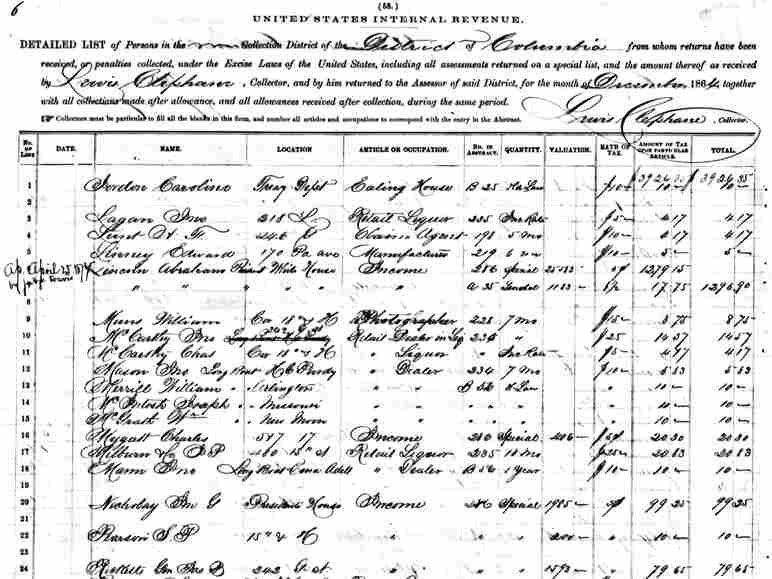 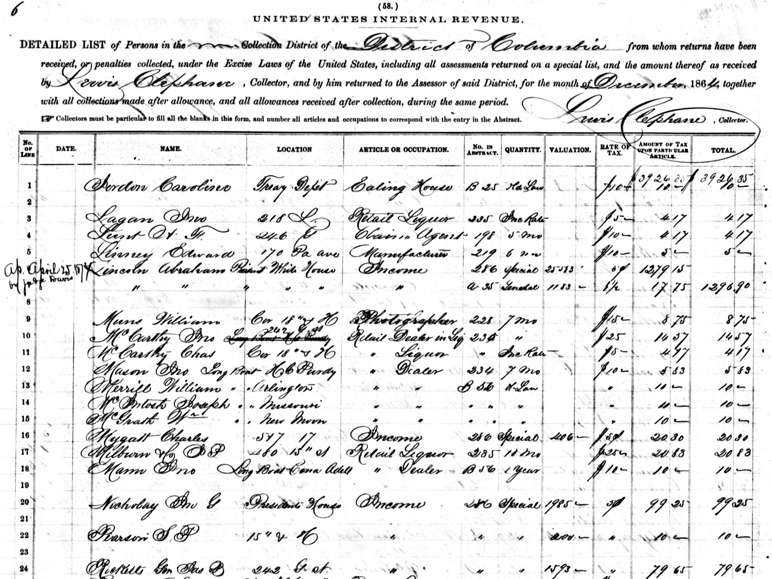 Obstacle No. 2: The Constitution

In the 19th century, the income tax fell almost exclusively on the rich — who, as it turns out, had some pretty good lawyers.

They argued that a "direct tax" had to be divvied up among the states according to their populations. The income tax didn't work that way.

In 1895, the case went all the way to the Supreme Court. One justice was on his death bed, and the remaining eight split evenly. The dying justice came back, and the court re-heard the case.

By a 5-4 vote, the court found the income tax unconstitutional.

It wasn't until 1913, when Congress and the states amended the Constitution to allow for the income tax, that the tax became legal again.

Until World War II, the income tax was levied only on the rich. But wartime spending meant the government needed money, and ordinary folks are now asked to pay.

"There was a lot of concern that Americans just wouldn't do it," Thorndike says. "Or that they wouldn't understand that they were supposed to ... or even just how to do it."

The government needed to get the word out. It needed a spokesperson. Someone credible, and easy to understand.

The movie at the top of this post is from 1943. In it, Donald Duck marches around his house, listening to the radio and filling out his tax form. Occupation: actor. Dependents: three (Huey, Dewey and Louie).

This wartime patriotic motivation campaign worked. Maybe we didn't love the income tax. But we paid it.