Accessibility links
Senator By Day, Telemarketer By Night : Planet Money Lawmakers have two jobs: making laws, and raising money. "I think most Americans would be shocked ... if they knew how much time a United States Senator spends raising money," says Sen. Dick Durbin. 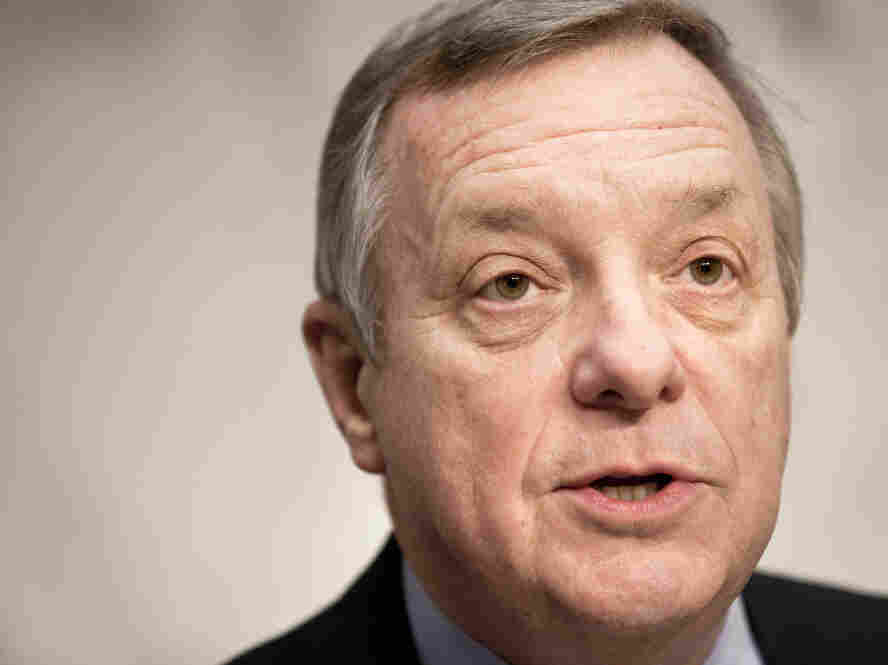 This is the first story in a Planet Money series on money in politics. We'll have more this afternoon on All Things Considered, and this weekend on This American Life.

We think of lawmakers having one job: making laws. But there's a second job most lawmakers have to do. And it's a big job.

And this second job — the raising-money job — doesn't happen in the nice congressional offices, with the rugs on the floor and landscape paintings on the wall. That would be against the rules.

So senators and congressmen go across the street to private rooms in nongovernmental buildings, where they make call after call, asking people for money.

In other words, most of our lawmakers are moonlighting as telemarketers.

"If you walked in there, you would say, 'Boy, this is the about the worst looking, most abusive looking call center situation I've seen in my life,'" says Rep. Peter Defazio, a Democrat from Oregon. "These people don't have any workspace, the other person is virtually touching them."

There are stacks of names in front of each lawmaker. They go through the list, making calls and asking people for money.

The fundraising never stops, because everyone needs money to run for re-election. In the House, the candidate with more money wins in 9 out of 10 races, according to the Center for Responsive Politics, a nonpartisan group that tracks money in politics. In the Senate, it's 8 out of 10.

It's not uncommon for congressmen to average three or four hours moonlighting as telemarketers. One lawmaker told me if it was the end of the quarter and he really needed to make his numbers, he'd be there all day long.

There's not always time to do both jobs. And often, the fundraising wins out over the lawmaking.