Accessibility links
I'm Calling To Ask For Your Contribution : Planet Money On today's show, we reveal which Congressional committees are a fundraising goldmine. And which committees actually make it harder for Congressmen to raise money.

I'm Calling To Ask For Your Contribution 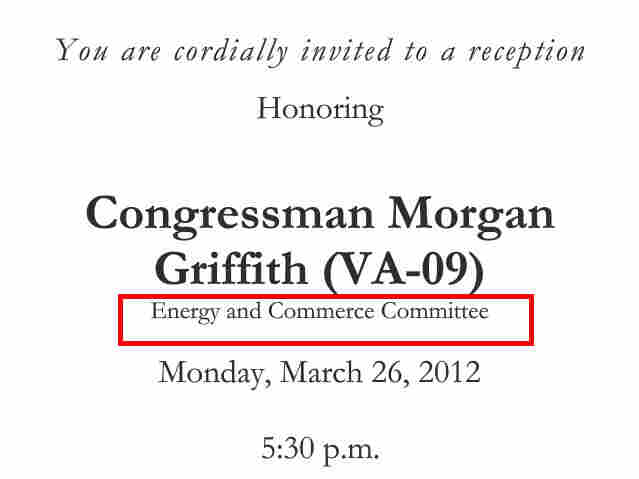 Invitations to fundraisers for members of Congress frequently mention which committees they serve on. Sunlight Foundation/Political Party Time hide caption

If you serve in Congress, you have two jobs: Making laws, and raising money to run for re-election.

It turns out, that second job — raising money to run for re-election — is a lot easier if you serve on certain Congressional committees.

The show is a preview of our hour long special this weekend on This American Life — Take The Money And Run For Office.

Here's more from our special series on money in politics: