Accessibility links
The Real Reason Gas Costs $4 A Gallon : Planet Money It costs Saudi Arabia $2 dollars to produce a barrel of oil. Why do we pay over $105 a barrel? 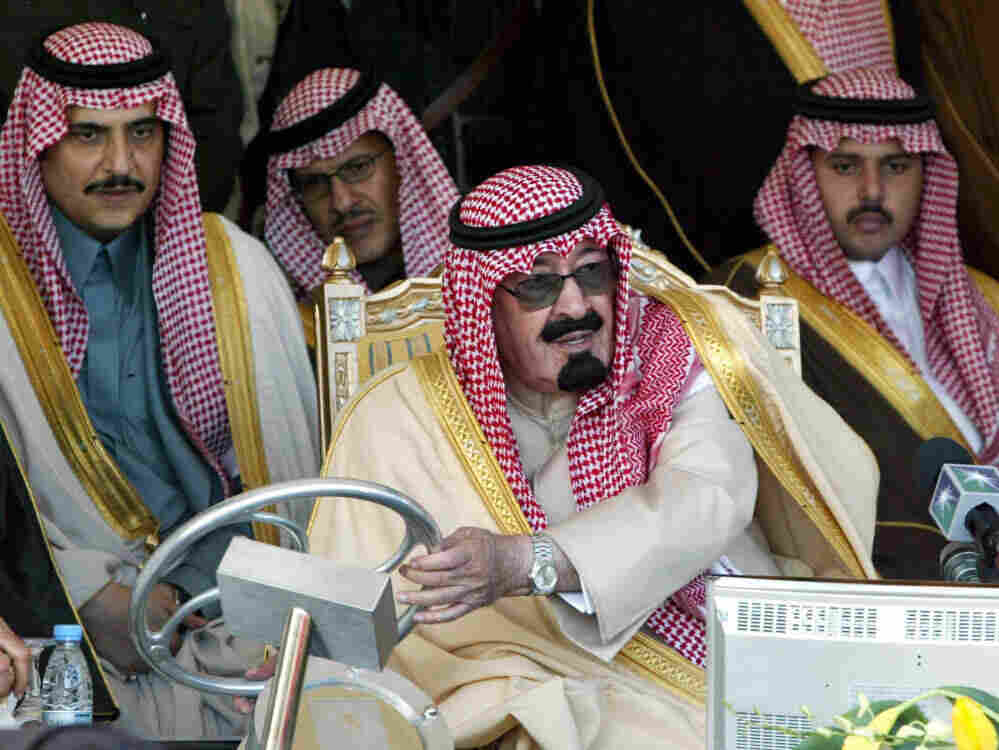 In his latest column for the New York Times Magazine, Adam Davidson cites Gal Luft, an oil expert who dismisses political proposals from the left and the right to lower the price of gas. We asked him to elaborate in the following post.

Wall Street, Big Oil, President Obama, the Fed, environmentalists, the EPA have all been accused of pinching hardworking Americans at the pump.

But there is a much more important player that gets much less attention: OPEC.

Members of the oil cartel sit on top of nearly 80 percent of the world's conventional crude reserves. Yet they account for only a third of global oil production.

We need oil now more than ever. In the past three decades, global oil demand grew 45 percent.

During that same time, OPEC's production increased by merely 19 percent, despite the fact that two new countries (Angola and Ecuador) joined the cartel during that time.

Clearly, OPEC could produce more oil if it wanted to. But it won't.

The reason is that OPEC countries produce almost nothing but oil. Their population is growing by leaps and bounds, and because Saudis pay no income tax, the House of Saud will need more and more money to keep its citizens happy, and avoid the fate of toppled leaders in Libya, Egypt and elsewhere.

Since the beginning of the Arab Spring, Saudi King Abdullah almost doubled his Kingdom's budget, committing billions in subsidies, pensions and pay raises in an effort to keep his subjects from storming the palaces.

This expensive response effectively raised the price of oil needed for the Saudis to balance their budget from under $70 a barrel before 2011 to at least $110 a barrel by 2015.

Like it or not, the bill for keeping the Persian Gulf monarchies in power is now being footed by every American. Every time we fuel our car we send an extra 35 cents per gallon, or roughly $6 per fill up, to the Save the King Foundation. Since oil goes into everything we buy from food to plastics, this adds about $1,500 annually to the expenditures of the average American family.

Paradoxically, we are forced to fund social programs for other nations at the very same time we are engaged in a heated debate about cutting social services and entitlement programs at home. It is a sad state of affairs that in the 21st century the world's most strategic commodity is still being controlled by a cartel.

Cartels, by definition, exist to maximize the profits of their members. OPEC members, which last year raked in $1 trillion in oil revenues, are doing that masterfully.

No amount of U.S. drilling or efficiency measures will change that. The cartel's financial needs will drive it to respond to counter moves by its clients: When we drill more oil at home, OPEC can drill less to return to a tight supply-demand relationship. When we use less, OPEC can drill less.

To change this vexing dynamic, consumers must be able to substitute for petroleum by purchasing competing fuels, like alcohol fuels, biodiesel, natural gas or electricity, if they are less costly on a per mile basis. But as long as our vehicles are able to run on nothing but oil, keeping oil monarchs on their throne will remain our national side job.