Accessibility links
Why Congress Won't Simplify The Tax Code : Planet Money Everyone thinks taxes should be simpler. But nobody puts it at the top of the agenda. 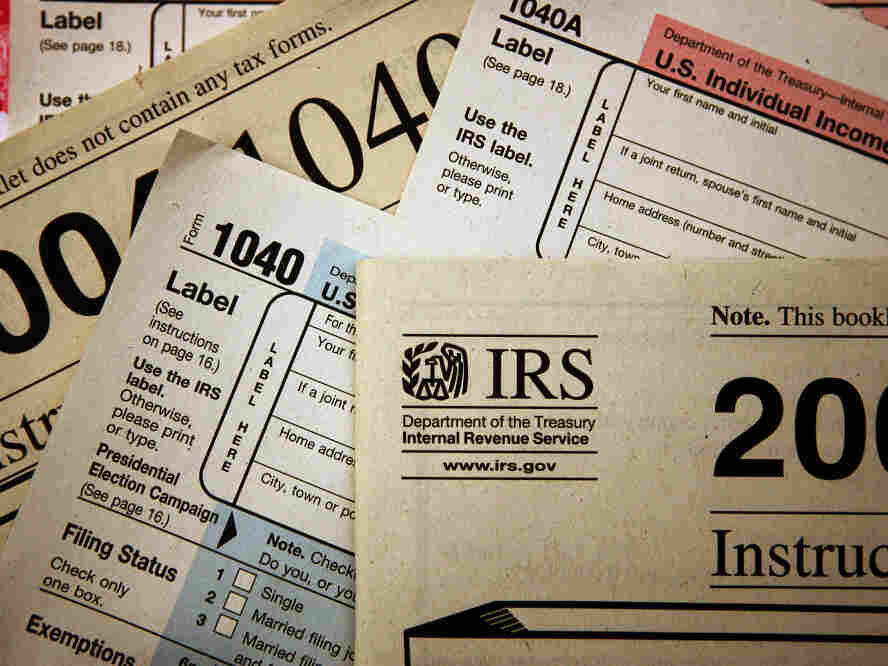 The tax code is 5,296 pages long and full of complicated details. We outlined a few of them in our recent column for the New York Times Magazine.

So why hasn't Congress done anything to simplify the tax code? We posed the question to Alan D. Viard, a tax expert at the American Enterprise Institute. His response is below.

Americans deeply disagree about how much revenue the government should raise, how much of the tax burden should fall on the rich, and the size of the tax incentives, if any, that should be provided for saving and education.

But we are all likely to agree that tax code is too complex. So why did Congress and the president allow this complexity to arise, and why don't they correct it?

Some complex provisions are adopted to accommodate special interests that lobbied for preferential treatment, but many provisions are adopted for more benign reasons. Congress frequently adds provisions to fine-tune various tax breaks, seeking to ensure that they will function appropriately in every specific situation that might arise. For example, the tax code offers more than 20 different types of tax-preferred savings accounts and numerous incentives for higher education, each with different eligibility rules and limitations.

The goal is laudable, but the resulting complexity takes its toll. When Congress adopts new provisions to address specific issues, it often pays little heed to how they interact with existing provisions.

Once complexity creeps in, it's hard to get rid of it. Although everyone favors simplifying the tax code, nobody favors it strongly enough to put it at the top of the agenda. Candidates can stir voters' passions by promising to protect Americans from tax hikes or by demanding that the rich pay their fair share, but not by calling for the consolidation of 20 tax-preferred savings accounts into three simpler accounts.

Fundamental tax reform, such as a move to consumption taxation, could significantly reduce complexity, although not to the extent that some overly enthusiastic advocates promise. But, that kind of reform would have to confront the ideological issues that more modest simplification efforts are able to side-step. No decision on fundamental tax reform should be based solely on simplification.

Much as we might wish otherwise, there are no easy solutions to the problem of tax complexity.