Accessibility links
The 'Whale Sized' Loophole In A New Finance Rule : Planet Money A new rule is supposed to ban banks from making speculative bets. But JPMorgan's $2 billion trading loss illustrates the challenge of putting the rule into effect.

The 'Whale Sized' Loophole In A New Finance Rule

The 'Whale Sized' Loophole In A New Finance Rule 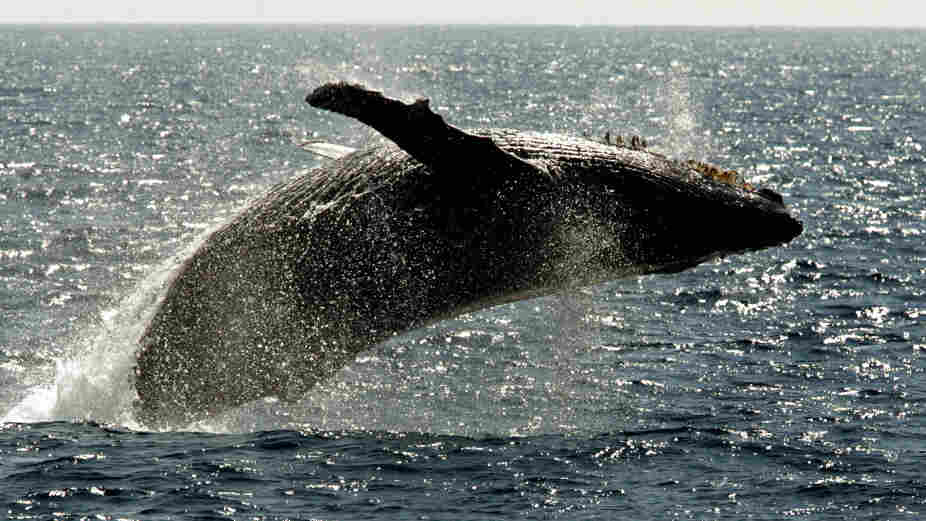 Banks that take deposits from ordinary people shouldn't be allowed to make risky, speculative bets! (But they should be allowed to protect themselves against the risks they face in the course of their business.)

This, basically, is the Volcker Rule. It sounds reasonable enough. But it's proving very tough to put into practice — a fact that's illustrated by the $2 billion trading loss reported last week by JPMorgan Chase, the biggest bank in America.

The Volcker Rule, part of the big finance overhaul Congress passed two years ago, is not yet in effect (more on that below). But JPMorgan says the money-losing trade was in compliance with the rule.

The trade was so big that one of the guys behind it was known as the "London Whale." Bank officials say trade was a giant hedge, intended to insulate the bank from potential losses elsewhere in its business.

The Volcker Rule as passed by Congress allows "hedging activities in connection with ... individual or aggregated positions ... that are designed to reduce the specific risks to the banking entity ..."

But when you have a bank as big as JPMorgan, a bank that is deeply intertwined with the world economy in a thousand different ways, almost anything could count as "hedging activities" related to "aggregated positions."

"I could argue very easily that everything is hedging," Lawrence Kaplan, a Washington, D.C., lawyer who specializes in financial regulation, told me this morning. "It's a loophole that's probably very big. It's a whale-sized hole."

So how do regulators figure out what's a hedge (allowed) and what's a speculative bet (banned)?

That's still up for debate. The part of the original law describing the Volcker Rule was a few pages long. Federal regulators from five different agencies recently wrote up a proposal to implement the Volcker Rule. The proposal ran to 300 pages, Kaplan said. And the details are still being hashed out.

The rule was supposed to take effect this summer. But the regulators recently said banks would have until 2014 to come into compliance.