Accessibility links
Can You Patent A Steak? : Planet Money Meat researchers say they've discovered a new steak. "It's an un-obvious chunk of meat that has been sitting there — a little diamond surrounded by a bunch of coal."

Can You Patent A Steak?

Can You Patent A Steak? 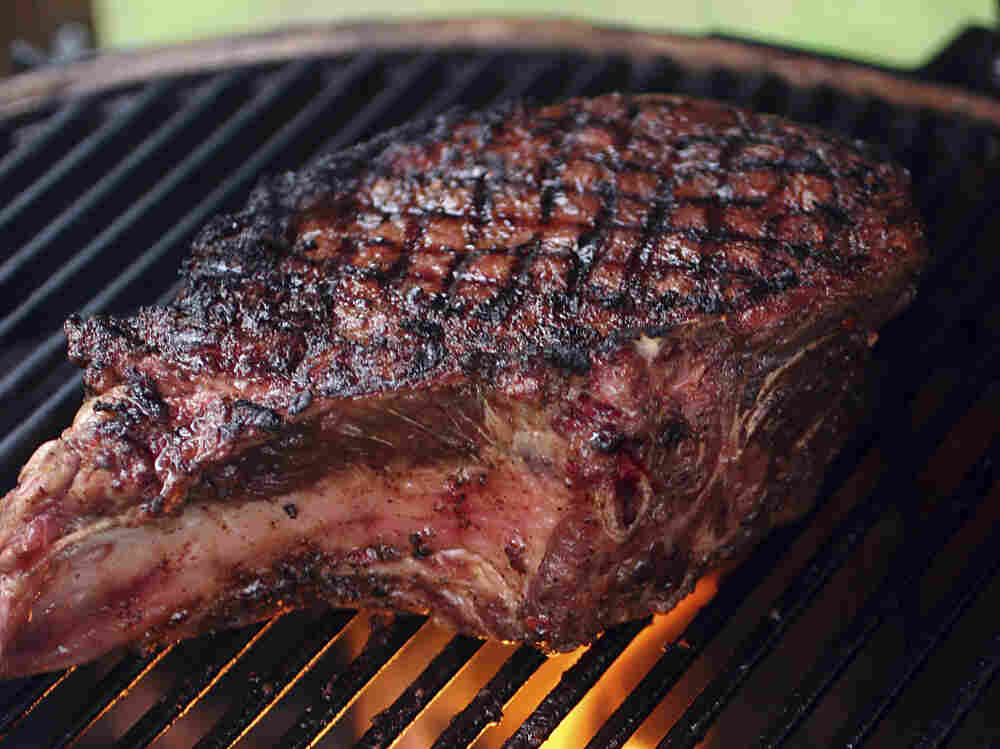 This is not a Vegas Strip Steak. Larry Crowe/AP hide caption

"It's an un-obvious chunk of meat that has been sitting there — a little diamond surrounded by a bunch of coal," Steve Price told me. "I'd love to tell you more. We just can't."

Price works at Oklahoma State University. The school says it has worked with an outside meat expert to discover a new steak. It's hiding somewhere inside a part of a cow that's now commonly used for hamburger.

The steak has a name — the Vegas Strip Steak (TM) — and a marketing campaign. But, because OSU is still waiting on its patent, they are being cagey about the details. Price explained it to me in broad strokes.

"The patent actually claims the kind of knife strokes that you make in order to create this cut of meat," he said. "You take this muscle, you make cuts here, here and here and you end up with this Vegas Strip Steak."

There does seem to be a precedent for this sort of thing. One guy patented cuts of meat that became Steak-Umm and KFC's popcorn chicken.

Price hopes the Vegas Strip will take off by the end of the year. The basic idea is to get restaurant chains interested in the steak, and to work with big packing plants to sell the steak to the restaurants. OSU would charge a licensing fee to the packing plant.

Should I expect to see the steak at the grocery store sometime soon?

"If i told you, it would be a hint to where this muscle is," he said. "A knowledgeable person would say, 'Aha!'"

More on Patents: When Patents Attack!