Accessibility links
'Today,' 'Tomorrow,' and Nine Other Words You Can't Search For In China : Planet Money It's the anniversary of the Tiananmen Square crackdown. China's Internet censors are blocking even more than usual.

'Today,' 'Tomorrow,' and Nine Other Words You Can't Search For In China

'Today,' 'Tomorrow,' and Nine Other Words You Can't Search For In China 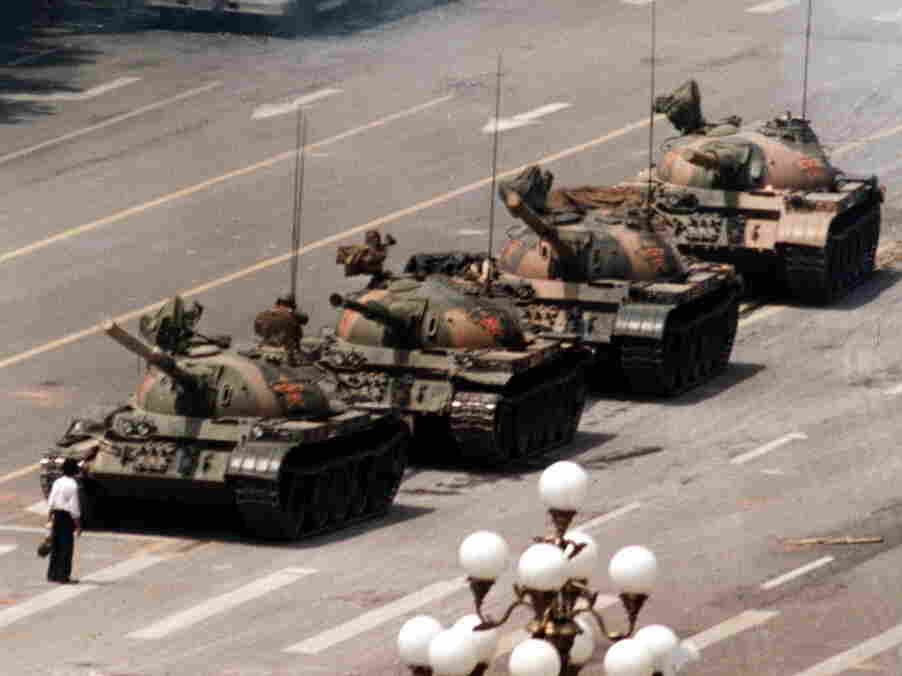 A Chinese protester, calling for an end to the violence against pro-democracy demonstrators at Tiananmen Square, blocks a line of tanks on June 5, 1989. Jeff Widner/AP hide caption

Twenty-three years ago today — June 4, 1989 — the Chinese government began its violent crackdown on protesters in Tiananmen Square. The Shanghai Stock Exchange fell by 64.89 points on Monday — a number that evokes 6/4/89, the date of the crackdown.

China's censors are always aggressive in blocking searches related to Tiananmen, especially on Twitter-like sites that are popular in China. Basically, the government doesn't want people talking about the Tiananmen crackdown. At all.

The anniversary has led the censors to block even more than usual. Besides "Shanghai Composite Index," the Chinese characters for "today," "tomorrow" and "yesterday" were also blocked. "Candle" a symbol of mourning, is blocked, as is the word "mourn."

When I searched Weibo, the Chinese version of Twitter, for "today," I got no results. Instead the site gives me a message that roughly translates to, "In accordance with the rules and regulations, 'today' search results have not been displayed."

The site recommends checking other hot trending Weibo posts instead. It pointed me to one post that says, "Love isn't all that profound — being dependable and a companion leads to the greatest happiness."

China Digital Times, a U.S.-based website, listed more than 100 Tiananmen-related searches that are blocked on Weibo.