Accessibility links
Why It's Illegal To Braid Hair Without A License : Planet Money Licensing rules are supposed to protect the public. But they also raise prices and make it harder for people to find work. 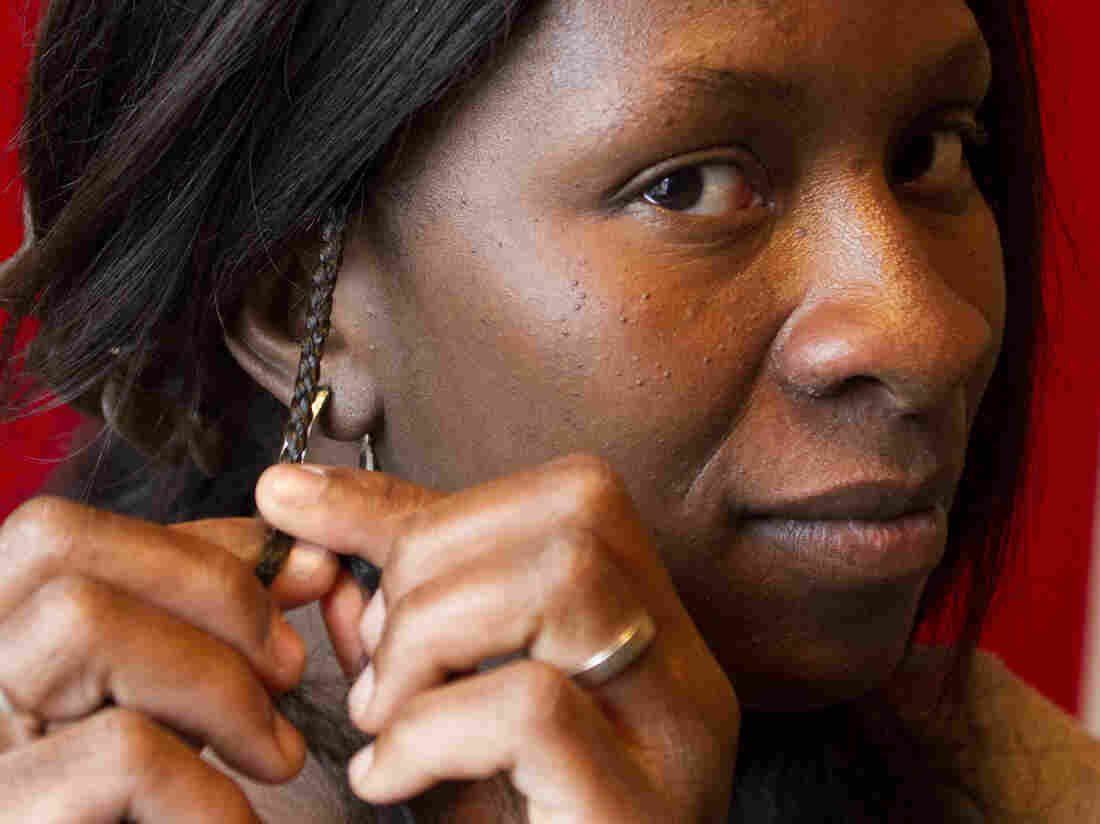 Note: This post was updated to add audio from Morning Edition.

Jestina Clayton learned how to braid hair as a girl growing up in Sierra Leone. When she was 18, she moved to America. Got married, had a couple kids, went to college.

When she graduated from college, she found that the pay from an entry-level office job would barely cover the cost of child care. So she decided to work from her home in Utah and start a hair-braiding business.

She found a little niche, braiding the hair of adopted African children. To find new business, she posted an ad on a local Web site.

Then, one day, she got an email from a stranger. "It is illegal in the state of Utah to do any form of extensions without a valid cosmetology license," the e-mail read. "Please delete your ad, or you will be reported."

It takes nearly two years of school and about $16,000 in tuition to get a cosmetology license in Utah. And schools teach little or nothing about African hair braiding.

Clayton wound up closing her business.

In this week's New York Times Magazine, I write about the spread of licensing laws like the one that forced Clayton to shut down.

In the 1950s, fewer than 5 percent of American workers needed a license to do their job. Today, about a third of workers need licenses.

The increase has been driven partly by the shift away from manufacturing jobs (which don't tend to be licensed) and toward service jobs (which often require licenses).

But it's also been driven by a push from professions themselves. Licensing rules make it harder for new people to enter a field. That's good for people who are already in the profession, because it limits competition and allows them to raise prices. So professions go to lawmakers and say: You need to regulate us.

"Everyone assumes that private interests fight like crazy not to be regulated," Charles Wheelan, who teaches public policy at the University of Chicago, told me. "But often, for businesses, regulation is your friend."

Obviously, it's in the public interest to license some professions. I sleep better at night knowing that the commercial pilots flying over my house and the infectious-disease specialist at the hospital down the street are licensed.

But taken to excess, licensing rules raise prices for consumers and make it harder for people to find work — even as they do little or nothing to protect the public.

A wide range of activists and economists are pushing to loosen licensing rules. Michelle Obama has called for states to loosen the rules for military spouses, who move frequently from state to state. The Institute for Justice, a libertarian law firm, has filed a lawsuit on Clayton's behalf as part of a broad campaign against the rules.

But the political calculus makes it nearly impossible to loosen the rules. "When you talk about reductions in licensing, you have every occupation from the plumbers to the C.P.A.'s to the electricians lining up to argue why regulation should not be reduced," Morris Kleiner, a University of Minnesota economist who studies licensing, told me.