Accessibility links
Why A Strong Yen Means More U.S. Jobs : Planet Money Japanese car makers are getting killed by the exchange rate, so they're expanding production in the U.S. 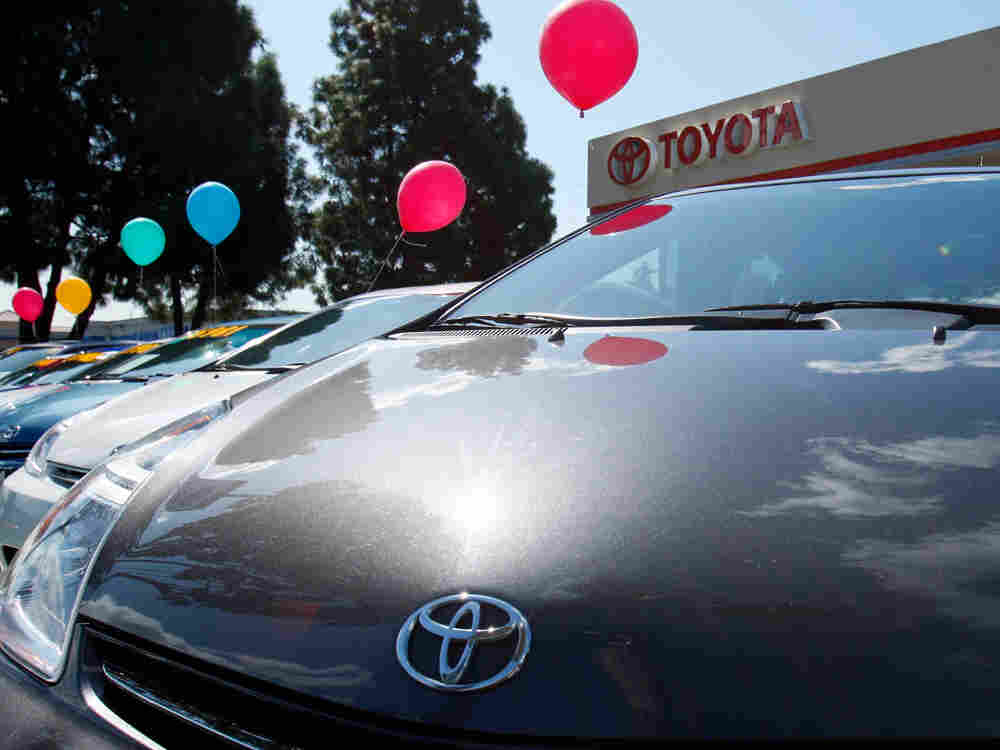 Toyota and other Japanese car makers haven't passed that higher cost on to U.S. consumers, partly because it would be awful for sales. Instead, the companies have cut back on incentives for buyers, limited exports of cars from Japan, and cut material costs in cars. Auto analysts and critics have pointed to the push to control costs as a reason Consumer Reports downgraded the Honda Civic (this was a big deal among car people).

At the same time, the strong yen (among other factors) has Japanese automakers looking to build more cars in the U.S. Toyota plans to add more than 3,000 jobs in the U.S., and increase production at it assembly and engine facilities in the U.S. Nissan has said that within a few years, 90 percent of the cars it sells in the U.S. will be made here.

The strong yen also means goods made in the U.S. can be sold more cheaply in Japan. American carmakers have never had much of a presence in Japan, where domestic car makers control more than 90 percent of the market. But with American cars growing smaller and the strong yen helping prices, this may be a moment for American manufacturers to start building a market in Japan.