Accessibility links
Why An Online Soap Opera Mogul Doesn't Want To Go Public : Planet Money "People don't really see it as a badge of honor anymore," one entrepreneur says — and goes on to list three reasons why going public is more trouble than it's worth. 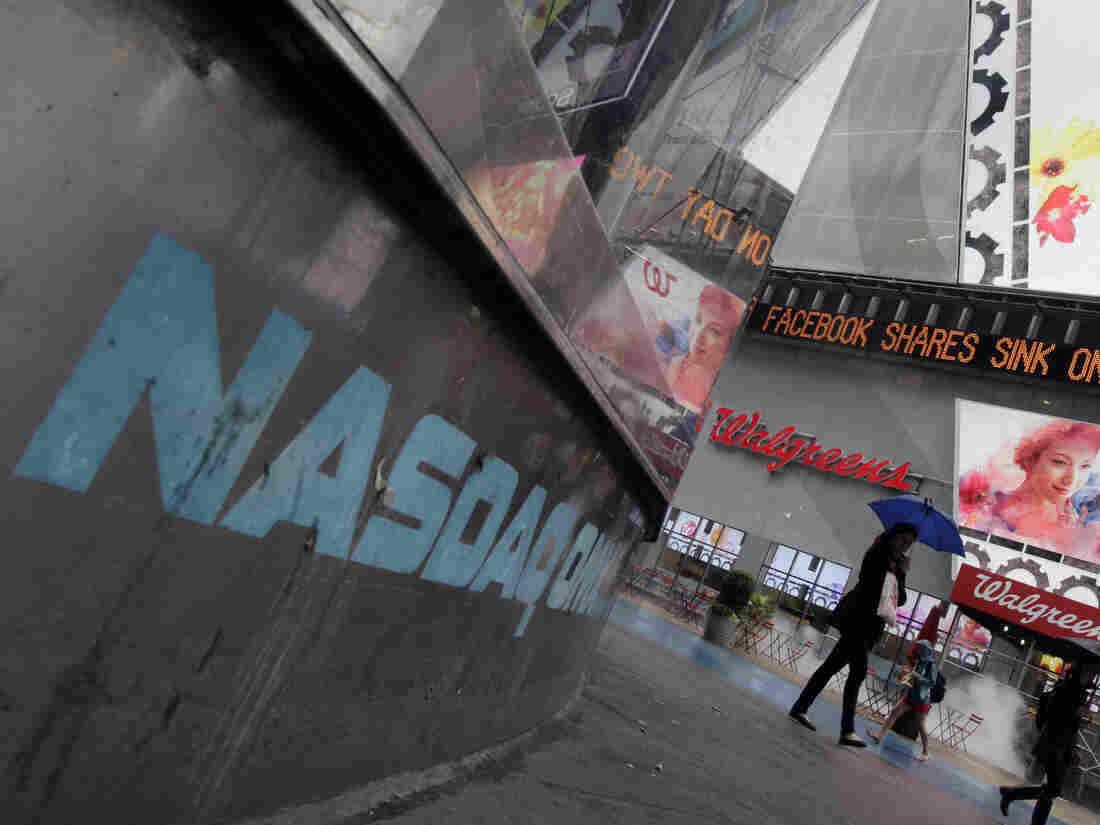 Here's a classic story of how a multimillion-dollar company gets started.

A young guy named Seung Bak is on a trip to China. He gets back to his hotel room late one night and turns on the TV.

"I'm flipping through channels, and in the middle of China they are showing Korean dramas all around the clock," Bak says.

It turns out Korean soap operas — like, say, Bachelor's Vegetable Store, about a bunch of sexy guys selling organic produce — are this global phenomenon.

"I went to a bachelor party in Cancun, and they are airing Korean dramas dubbed into Spanish," Bak says.

And it hit him. He was going to start a website to bring all these crazy soap operas from around the world to Americans.

In the classic startup story, Bak would would take his company public — sell shares in an initial public offering, ring the bell at the stock exchange, have a big party. But Bak, like lots of young entrepreneurs these days, doesn't want Drama Fever to go public.

Jai Shekhawat, the head of a company called Fieldglass, feels the same way.

"People don't really see it as a badge of honor anymore," he says. "It's a hassle."

Fieldglass is a high-tech firm that helps other companies find workers. He gets calls all the time from investment bankers telling him he should go public. But he says there are three big reasons he's not interested:

1. Too many rules. Thanks to corporate scandals at places like Enron and WorldCom, there are a lot of new rules to protect shareholders. Companies that go public have to revamp the way they do their accounting. For a small firm, that can be a big burden.

3. You could wind up an orphan. A company becomes orphaned when institutional investors bolt, investment analysts stop following the company, and the stock plunges in value. It's a sad end to the IPO dream.

There are, of course, plenty of companies that still do go public.

Spencer Rascoff, who founded the real estate site Zillow, points to tech giants like Apple and Google. "It would be impossible to accomplish what they wanted to accomplish if they had stayed private," he says.

Rascoff took his company public last year. He says a lot of tech CEOs are like bachelors who swear they will never get married — and then, when the time is right, they commit.