Accessibility links
Scranton Workers See Pay Slashed To Minimum Wage : Planet Money Amid a budget dispute, the mayor slashed pay for city employees, and has so far ignored a court order to restore it. 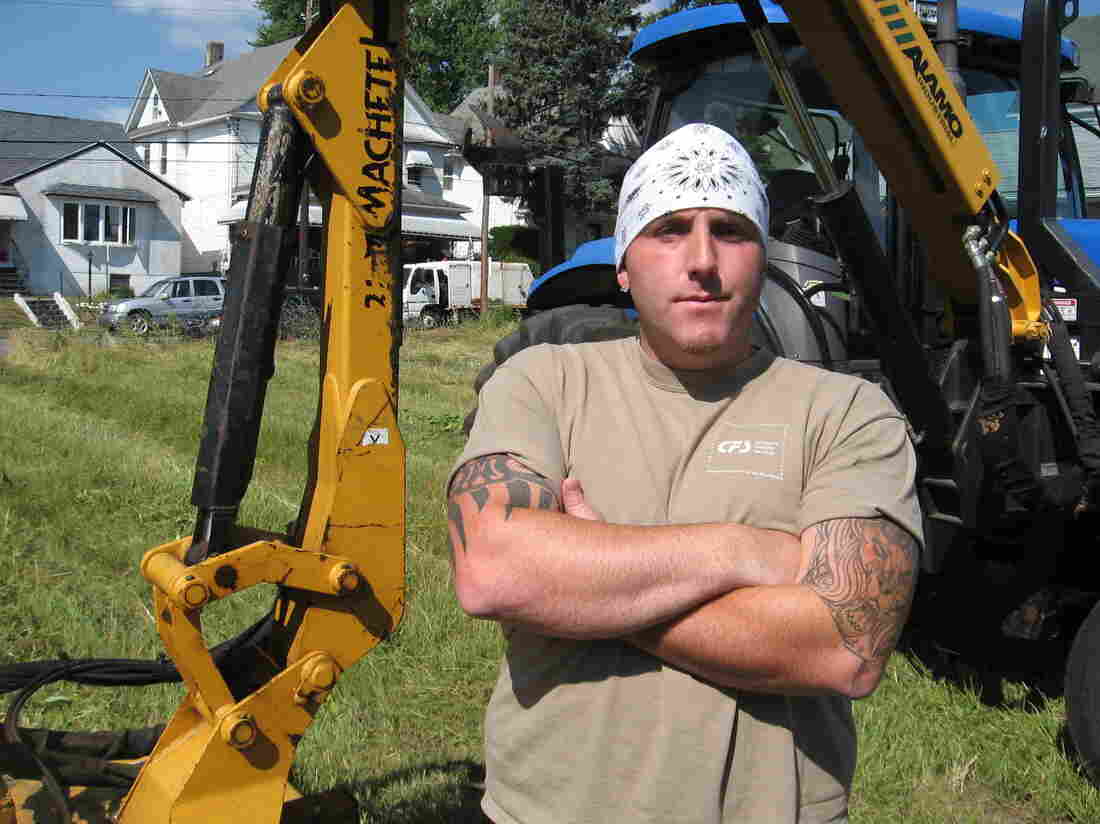 A fight between political leaders in Scranton, Pa., has left each and every city employee earning $7.25 an hour — minimum wage.

Last week Mayor Chris Doherty slashed pay, on his own, saying Scranton had run out of money. Lackawanna County Judge Michael Barrasse issued an injunction telling the city it must recognize pay rates spelled out in union contracts. But Doherty continues to violate that court order.

Roger Leonard, a city employee and heavy equipment operator, typically gets a $900 check for two weeks of work. On Friday, it was only $340.

"I have two children and a wife and my wife is a stay-at-home mom," says Leonard, "If the savings gets drained, we won't be okay, but I'm hoping before that happens, that they come to a resolution."

The local head of Leonard's union says a dispute between the mayor and the city council has workers caught in the middle.

"You have an all Democratic council and you have a Democratic mayor," says Sam Vitris, president of International Association of Machinists and Aerospace Workers Local Lodge 2305. "It's not Republican versus Democrat. This is Scranton City Council versus the mayor."

Scranton has had financial troubles for a couple decades now. A troubling mix of declining population since World War Two and economic hard times has stretched city finances. The mayor and city council have debated since last fall over how to fill a $16.8 million budget gap.

Doherty wants to increase taxes. The council wants to find other sources of revenue — such as payments from tax-exempt non-profits like local universities.

"If they'd gone with my budget, we wouldn't be having this discussion," says Mayor Doherty. "The taxes would have been raised. The bills all would have been paid because we would have had a dedicated revenue stream."

Scranton's city council members did not respond to NPR's repeated requests for an interview.

Without an agreement, the city faces a cash-flow crisis. Last week, even after paying only minimum-wage salaries, the city had just over $5,000 left. More money has since come in, but not nearly enough to pay the estimated $1 million still owed to workers.

This fight is another scar for an already ailing city. Downtown, many store-front windows have "for lease" signs in them. The economy was a big issue here long before the rest of the country tanked a few years back.

"It's getting worse and things need to be done," says life-long resident Colleen Maziarz. "The mayor and the council really need to get together and they don't — they argue and they fight with each other and they just don't agree."

That's the first complaint many residents have. The second is they don't want higher property taxes. Pushing for that has made Mayor Doherty unpopular with some residents.

"All Doherty knows is, 'Raise the taxes so I can spend money.' That's all he cares about," says Scranton resident Bob Moschorak. Given a few more minutes to think about it, Moschorak's criticism of Doherty becomes even more pointed: "Put a violin in his hand and let him be like Nero, and play the violin while Scranton burns down."

The unions representing police, fire fighters and public works employees are threatening to file a contempt of court motion against the mayor, hoping that will help their members get their old salaries back. Meantime, Scranton's workers are starting a new week earning minimum wage, with no resolution in sight.

Jeff Brady is a NPR reporter based in Philadelphia. He covers the mid-Atlantic region and the energy industry.