Accessibility links
The Cost Of Free Doughnuts: 70 Years Of Regret : Planet Money When the Red Cross began charging soldiers for snacks during World War II, it learned a painful lesson in the economics of free stuff. 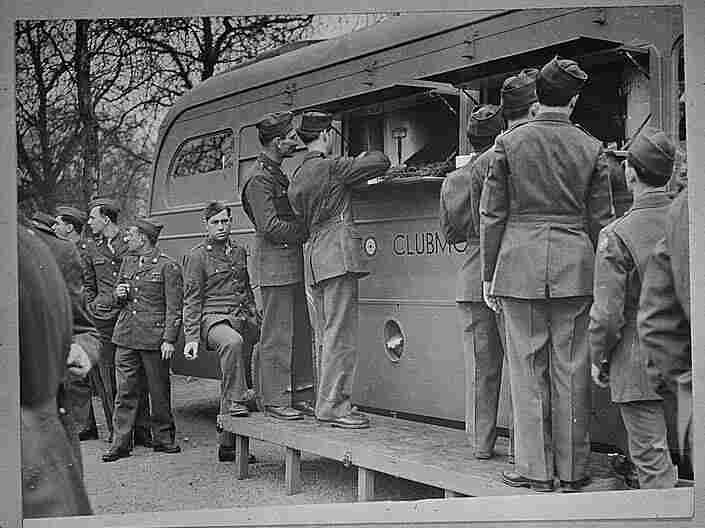 A lot of the online services you probably use are free. Gmail is free. Facebook is free. Yahoo News and NPR are free (though we certainly solicit contributions!). But increasingly, online companies are trying to figure out how to start charging, at least for some services, some of the time.

But today, we have a cautionary tale about charging for things that were once free. It's the story of how one small mistake moving away from free can cause trouble that's impossible to fix.

The story starts when Russ Roberts, a George Mason University economist, started hearing about how veterans don't like the Red Cross. That struck him as odd, and when he asked about it, he always got the same answer: the doughnuts.

"And I thought, the doughnuts?" Roberts says. "What could that be?"

Go to any VFW hall, even today, and you'll get the same story: During World War II, the Red Cross had comfort stations for soldiers overseas, with free coffee and free doughnuts. Then, in 1942, the Red Cross started charging for the doughnuts. Soldiers have held a grudge ever since.

Turns out it's true.

"It keeps coming up, that they were charged for coffee and doughnuts," says Susan Watson, archivist for the Red Cross.

The organization started charging only because the U.S. Secretary of War asked it to. British soldiers had to pay for their snacks, and the free doughnuts for Americans were causing tensions. So the Red Cross complied, after protesting to no avail. It didn't last long — for most of the last 70 years, Red Cross doughnuts have remained free — but veterans haven't forgotten.

Chalk it up to something called categorical change, says Uri Simonsohn, a University of Pennsylvania business professor. Price changes, people can adjust to. But this was different.

"Imagine, for Thanksgiving, you go to your parents' for dinner and after a nice dinner they say, 'That's going to be $10 per person,' " Simonsohn says. "You would be upset."

The problem isn't the price — $10 for a good turkey dinner might not be such a bad deal — but that you're being charged in the first place. It changes the relationship. For the veterans, the Red Cross went from being a little like Mom, to being the corner store.

So for all the Internet companies out there looking to charge for your service — take heed. Changing categories is really difficult.