Dissecting Federal Spending With An Eye On Cuts

Dissecting Federal Spending With An Eye On Cuts 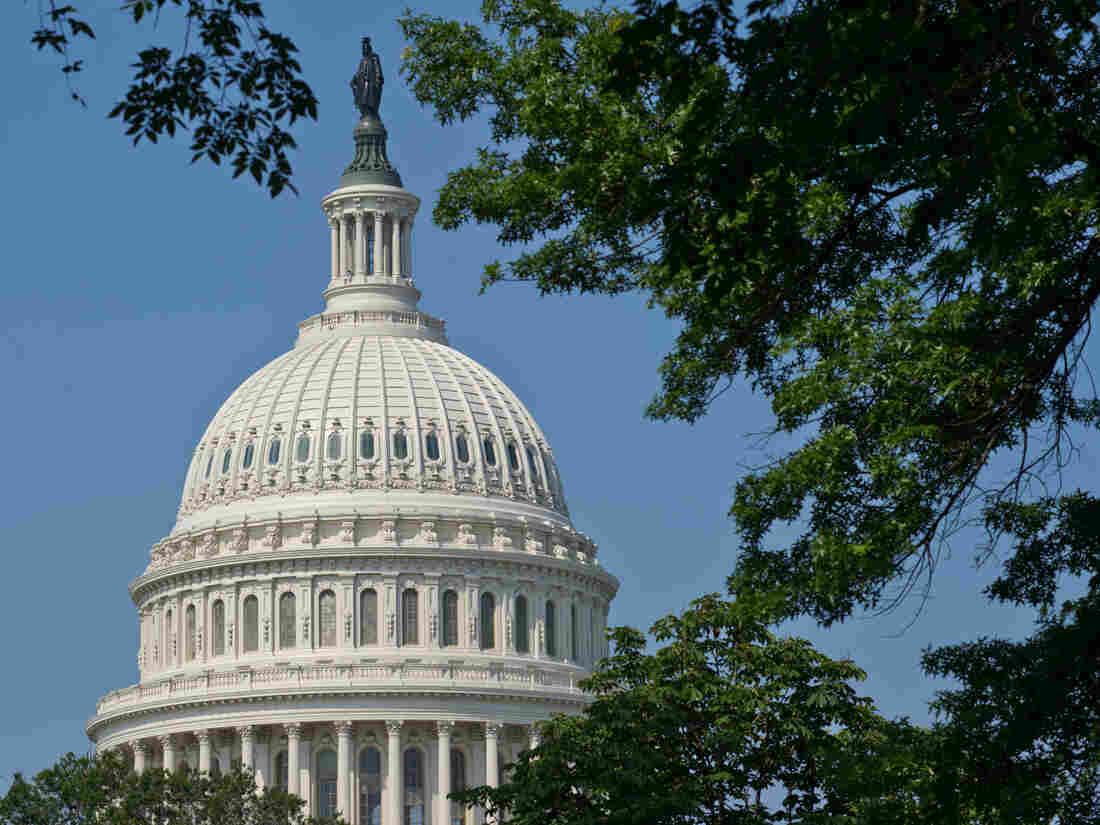 Lawmakers have begun a debate on how to tackle the budget deficit, though Congress is unlikely to act until late this year. KAREN BLEIER/AFP/Getty Images hide caption

On January 1, some pretty nasty budget cuts and tax increases are scheduled to kick in if Congress doesn't act first: The Bush tax cuts would vanish for everyone, along with a bunch of other long-standing tax breaks, and $1 trillion would be slashed from wide swaths of the budget over 10 years (including defense).

The original idea was to force lawmakers to address the federal budget deficit. They have some time to act between now this "fiscal cliff", and little substantive is likely to happen until after the November presidential election.

But those elections mean politicians are starting to talk about it plenty, with the usual debate over whether to close the gap by cutting spending, or some combination of cuts and taxes. So we thought it would be worthwhile to revisit just where your tax dollars actually go, to provide some context.

We illustrated government spending in May: 50 Years Of Government Spending, In 1 Graph.

Maybe the biggest take-away is that most the government's expenditures go to programs that are, politically, extremely difficult to cut — specifically, defense (22.6 percent), Social Security (19.8 percent) and Medicare (13.1 percent).

That's 55.5 percent of federal spending right there. Medicaid — which is broadly less popular than those other categories, but critical to state budgets — adds another 10.1 percent.

Another 6.2% of spending consists of payments on the national debt — skipping that would cause a lot of problems governments try to avoid. (See: Greece.)

A trillion dollars is a lot of money, by any objective measure — it's about $3,300 for every man, woman and child in the U.S. But even there, savings won't be easy.

Cutting every penny of transportation and international-affairs spending — however unlikely that is — would eliminate just under 4 percent of total spending, or about $139 billion, at the expense of federal highway improvements, the Peace Corps, and more.

The biggest remaining chunks consist of safety net-programs, at 12.6 percent of total spending — unemployment compensation, food stamps and housing assistance, all of which have significant constituencies, particularly in the midst of a painfully slow recovery.

That leaves about 11.7 percent, or $422 billion, of "everything else": education, science, NASA, energy, natural resources, justice, and agriculture, among other things.

Of course, any cuts will have unintended consequences — as will doing nothing and letting the automatic cuts kick in. The Congressional Budget Office estimated in May that the economy would grow by an anemic 0.5 percent above inflation in 2013 as a result of allowing the automatic cuts to go through. Avoiding those changes would allow the economy to grow at 4.4 percent above inflation.

The alternative for Congress, under the rules it has set for itself, is to find cuts somewhere — either that, or decide it's willing to raise taxes, or to borrow more than it already has.