Accessibility links
Episode 388: Putting A Price Tag On Your Descendants : Planet Money It's tough to figure out how big price-tags really are when they're far in the future. But getting it wrong can have serious consequences. 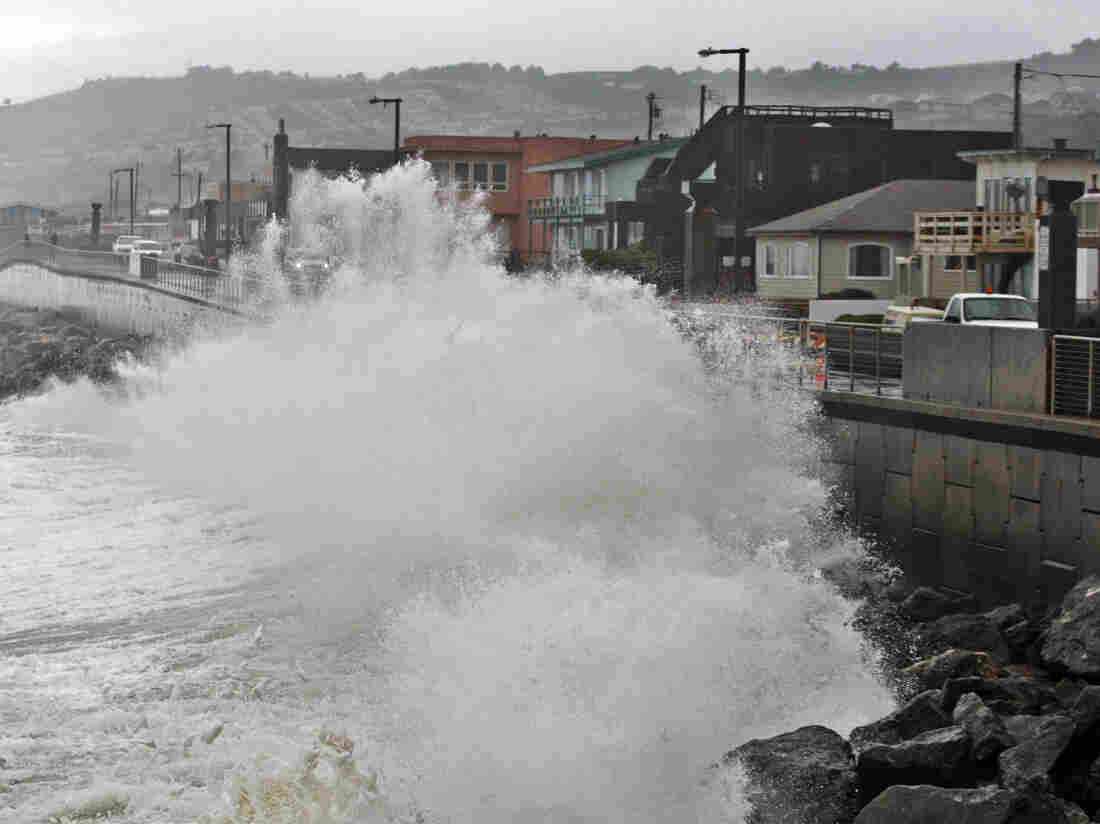 Waves pound a sea wall in Pacifica, Calif., during a storm in 2010. Small assumptions can make a big difference when putting a price-tag on future disasters. Paul Sakuma/AP hide caption

The lesson: People have a "present bias," says Frank Partnoy, a professor of law and finance at the University of San Diego. "So people have more impatience in a one-month time period than they do in a one-year time period."

Consider: If it would cost several trillion dollars to save Los Angeles from being wiped off the map by massive floods that are likely to occur only once every few hundred years, is it worth it?

The answer hinges on the discount rate — the rate you use to size up future costs.

Think of it as reflecting the interest you could earn if you had to put money away today to pay those future bills. A higher rate means you can save less today — the future cost is less significant, in today's dollars. A lower rate means the opposite: A huge cost in the future remains huge.

Countless personal and public-policy decisions revolve around the discount rate: How much should you put into the college fund? How much should states contribute to public pension plans? How much do we spend now, if anything, to protect LA from that devastating flood?

What discount rate you pick makes a huge difference. Say a catastrophe in 500 years is likely to cost $100 trillion. At a widely used government discount rate of 7 percent, that's worth just 20 cents or so today — not really enough to pay attention to.

And, it turns out, when it comes to those really big questions, the answer is about more than just money.

On today's show: How much are your many-times-great-grandchildren worth?